The name is Dessert Safari… But
that does not mean it is a place where you find only Desserts. They also serve
up quite a range of Dishes, both veg and non veg. My 1st visit here was
on Sep 3rd. The reason I remember the day so well is cos it was the
eve of my Birthday and we had a blast. It was pouring and we were cooped up
there till past midnight. I even got to cut a cake amidst lovely friends J

It was  therefore quite apt that I was there to ring in their 1st Birthday!! So when I heard Dessert Safari
was turning one and we were invited, I dint mind visiting [esp since the place
held fond memories]. We were greeted by the Manager and the Chef {who has
travelled the world thanks to working in Cruise liners and who also has worked
with leading chefs around the globe, including Gordan Ramsay and Remy [from the
famous Ratatouille movie]}.  He is a true
blue Mylapore boy who studied in Chennai but went abroad for better prospects
and is now back home. He spent about half an hour talking to us, giving us
insight into plans he had for the place, the new recipes, the Tandoor he had
just installed and how he was working on a whole new range of Fusion food.

While I waited, I had a fresh Orange juice, which was quite refreshing. The 1st dish to arrive was the mixed Bean soup, it had chickpeas and black eyed peas among others and was quite rich, we also detected cheese in it. And that was it…we were off to a no “Naan”sense start.. We were served Plain butter naan with a handful of rocket leaves and a dip made with yoghurt and mint, and tamarind chutney. Following this, we tried the Naan pizza- two varieties- 1 with mushroom masala and other with spinach and paneer. Wait; there was one more dish with Naan. It was the naan sandwich- veg had spinach, peas and corn while the non veg had pullapart chicken with pickled carrots. 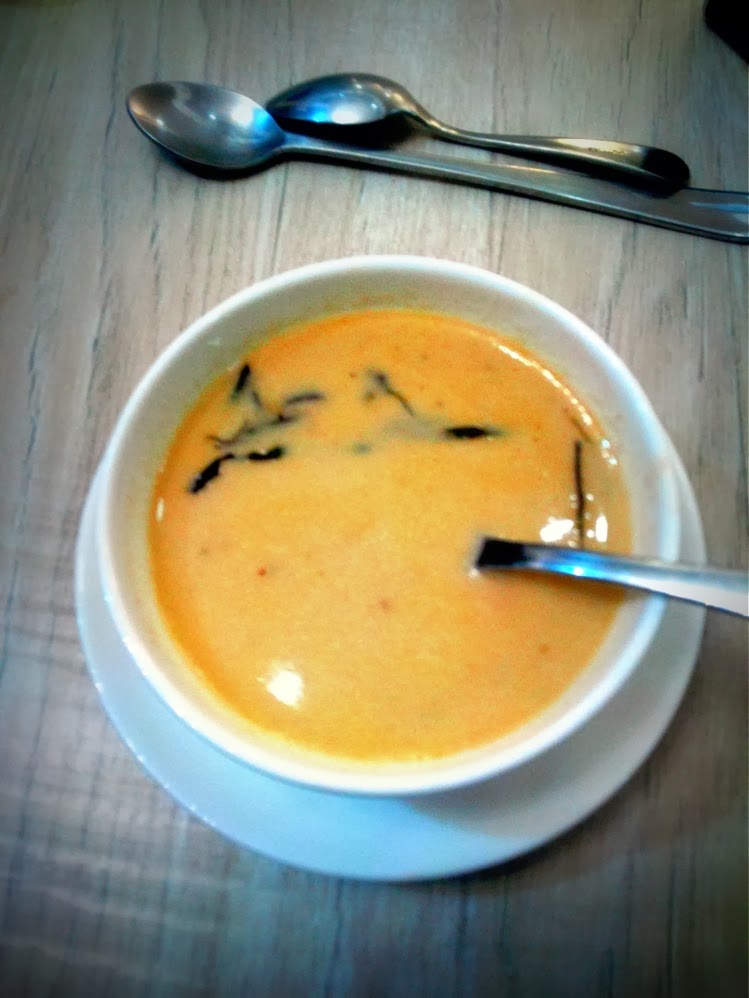 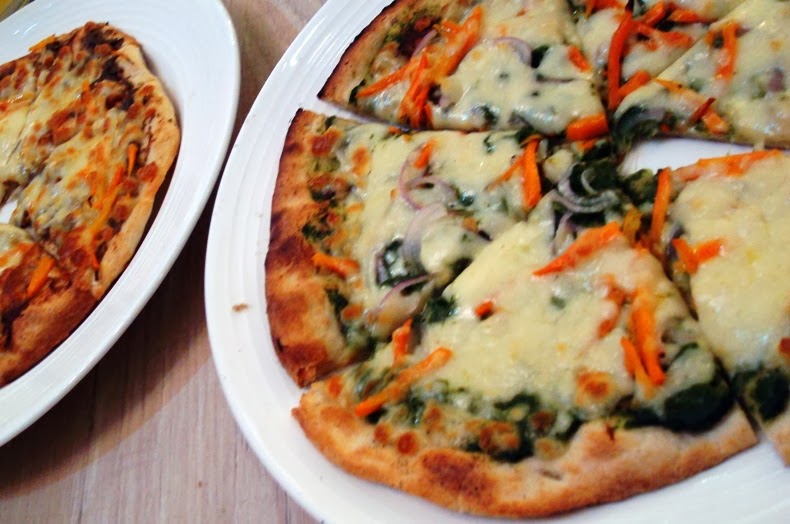 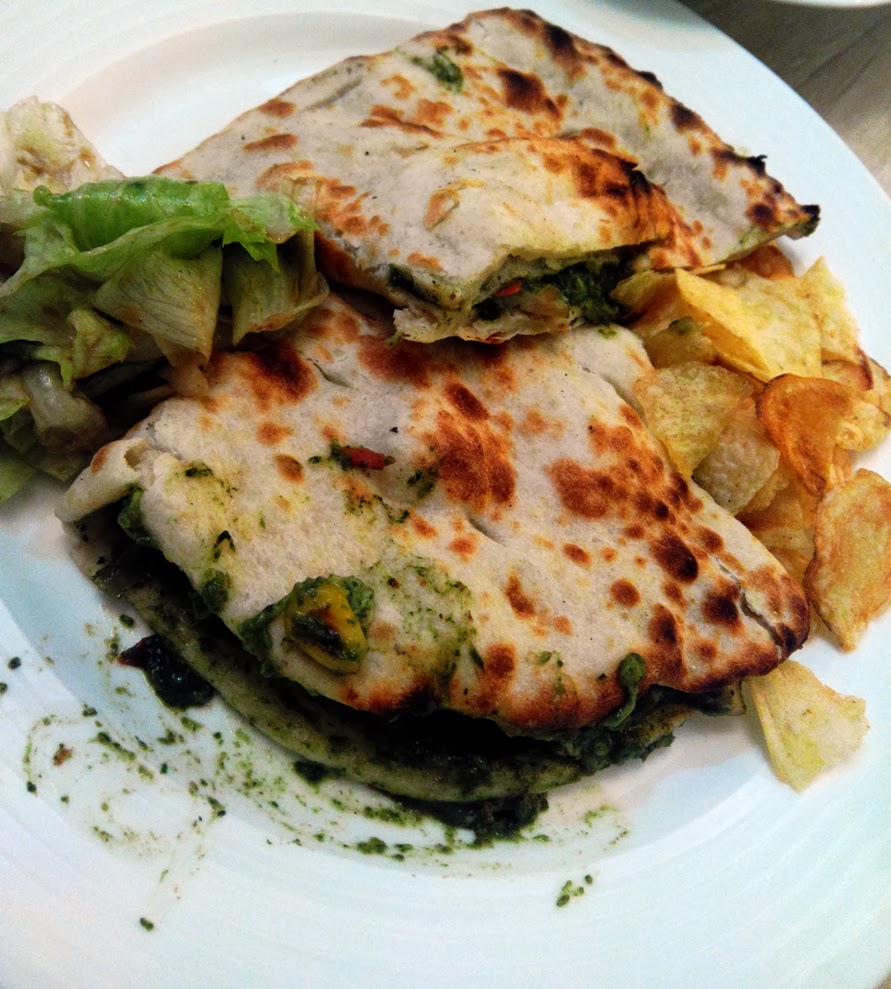 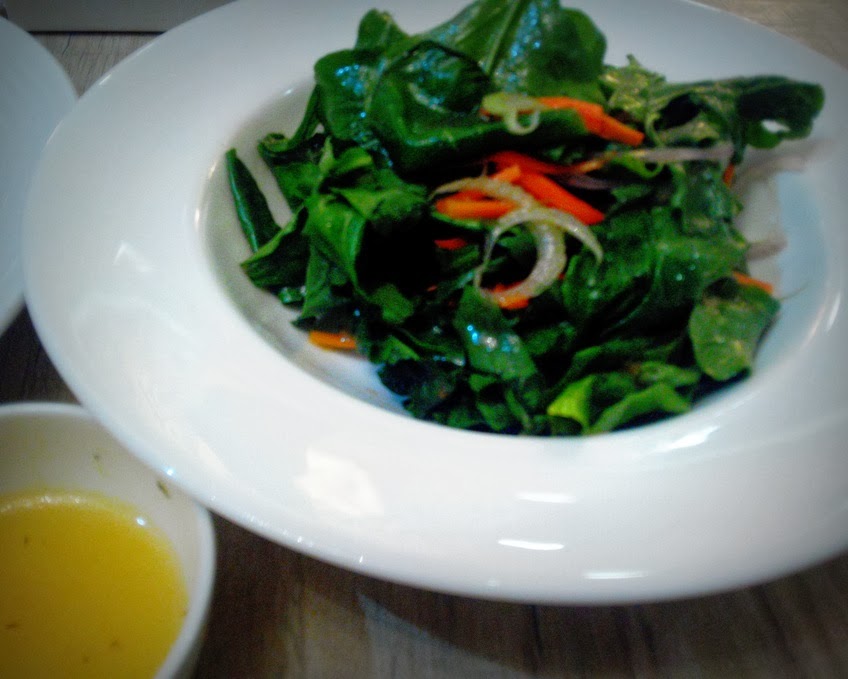 In between this we were also
served a Rocket salad with carrots and shaved fennel. This had me curious and
the Chef showed me what a Fennel bulb looked like. I was so excited seeing it,
in real [ I had only seen it on TV cookery shows] 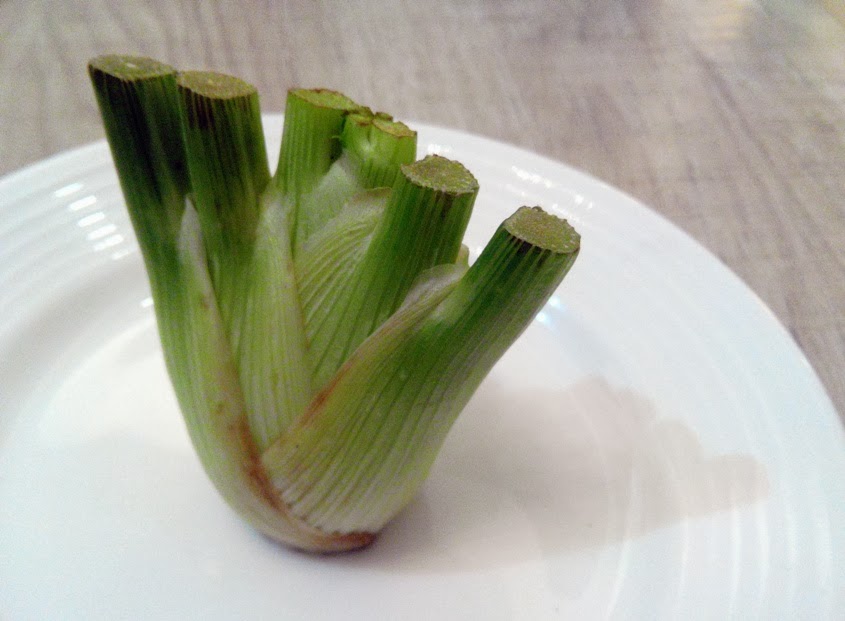 We also got a tour of the small
kitchen, with the newly installed Tandoor. It was hot at 690-700 degrees and apparently
is never turned off. A huge wok is placed on top to cool it off and a wet cloth
used to cool down the walls in case it gets too hot, said the chef.
Interesting!!

Coming back to the food, we were
in for a treat with the desserts. There were quite a range of them- Chocolate
cinnamon pie [ served warm]- delicious; and then there was the Chocolate
cheesecake served with fresh cream and a dollop of ice cream. This is when Chef
suggested we try the ice cream with his Balsamic reduction. And we were pleasantly
surprised, loved the combo infact. Who would have thought vanilla ice cream and
balsamic went together. This reduction had Dark balsamic vinegar and jaggery
reduced down. Finally, there was the Mango parfait, which was similar to a
mousse but better, with 4 little intriguing balls of sorts on top. They just
popped as they touched our lips, a burst of sourness. We dint know what it was,
but loved it and asked for more of it.. 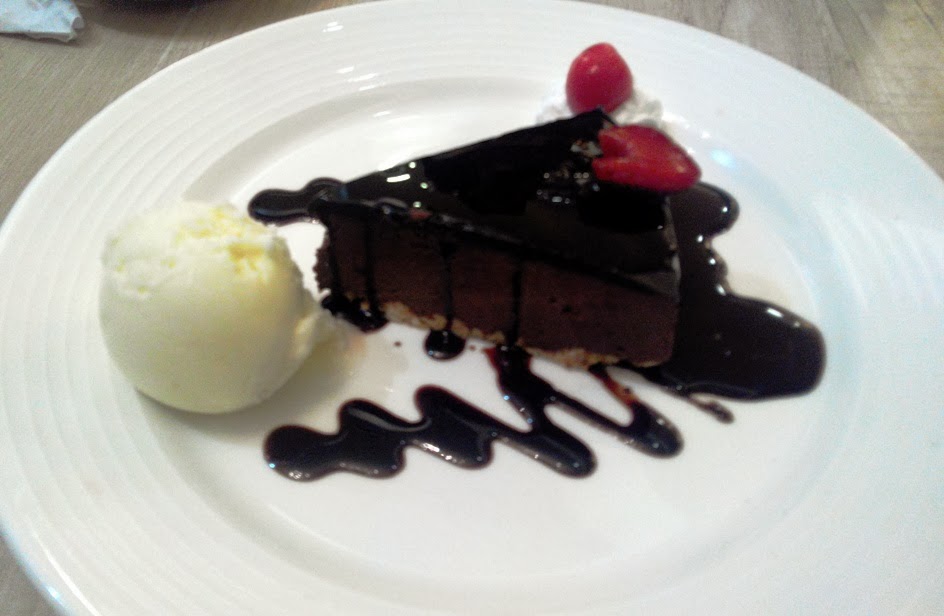 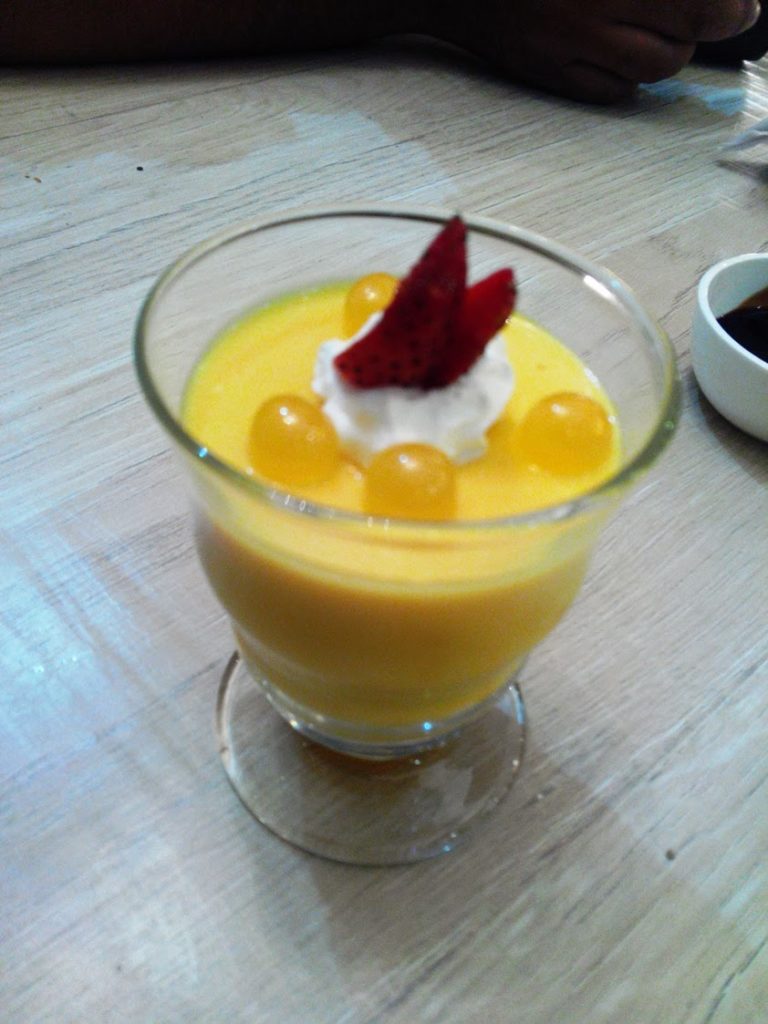 We also got to sample the Chef’s
new sauces- one made with Coca cola and the other with coconut and Indian spices.
All the sauces are vegetarian and these are what is used on the meat dishes as
well, explained the Chef. We were curious to know more, and if opportunity
arises, we definitely shall go back to try his innovative creations.