There is a man sitting in a dark room saying “Life is very long,” and that it is taken from T.S. Eliot, which is why now when we say it ,we need to add the name after the phrase. that is Beverly [Sam Shepard] talking to the new girl he has hired to help around the house when his wife Violet [Meryl Streep] stumbles into the room mumbling something. The dialogue he says is almost like he is describing his life, for after this one scene he disappears from the house and from this world as well.
Once their 3 daughters come to know of their dad’s disappearance, they all come home to Osage Plains in north Oklahoma, and so does their Aunt Margo [Mattie Fae Aiken] with her husband Charlie[Chris Cooper]. Soon, they find Beverly’s body, and this is where the actual movie begins.

The 1st to come home is Ivy (Julianne Nicholson), a freckled girl who is still single, lives close by and who surprises her mom with her recently straightened hair. Even though she stayed back and took care of her parents, the other siblings dont really show any gratitude nor have they pitched in so far.

Barbara (Julia Roberts) said to be her father’s favorite by Violet more than once comes with  her husband, Bill (Ewan McGregor) and her teenage daughter, Jean (Abigail Breslin). She is going through a struggling phase in her marriage, is seperated from Bill and is all set to take over her mom’s life and control the same.
And then there is the vivacious Karen (Juliette Lewis) who lives in Florida and is currently in town with her latest catch, her fiance Steve (Dermot Mulroney), who zooms in on his red Ferrari and has told her they are headed to Belize for their honeymoon right after the wedding on New Year’s eve.. Even though Steve is nearly 50, he has his eyes on the young Jean who keeps brushing him off.

Once Beverly’s funeral is over, all gather at home minus Little Charlie [ Violet’s nephew played by Sherlock famed Benedict Cumberbatch]. There is constant bickering, fighting, arguments, words getting flung on each other during the meal till Violet makes an entry. Little Charles misses the  funeral because he forgets to set the alarm and comes home little later. He is constantly getting a earful from his mom about what a loser he is, but his dad keeps defending him and knows he is a good kid. The scene where he takes Ivy, plays a song for her on the piano is quite a moving scene.. 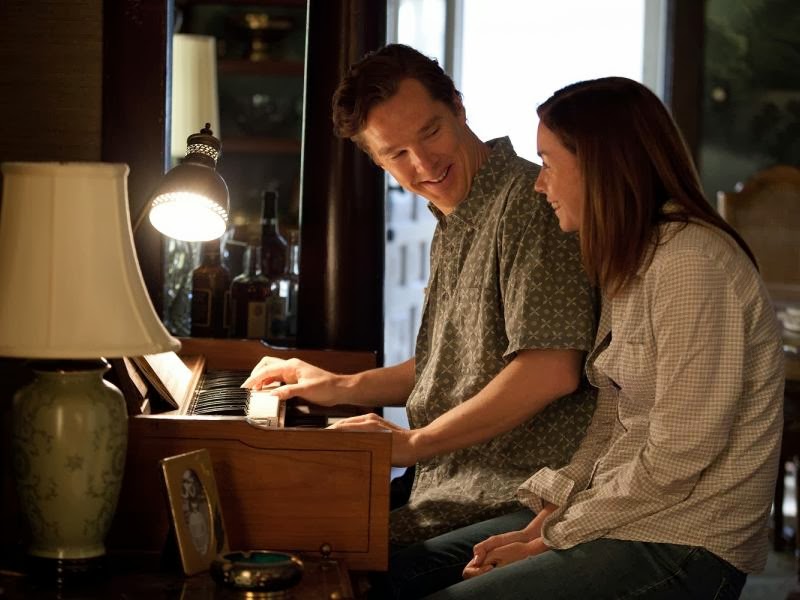 During the dinner, Violet talks about how Beverly had meant to change the will to leave all the money to her but dint get around to it. After a whole host of screaming and swearing, the day wears on and at night, Ivy tells her sisters of her love for Little charles. The next morning Barbara discovers from her aunt that Little Charles is infact their half brother and not a cousin. She tries to get Ivy to break it off with him, but only ends up with her driving away from the house. That is when the girls discover their mom knew of their dads affair with their aunt. Violet repeats  “Nobody slips anything by me,” often and she is right. She has such a sharp tongue, that we are left wincing everytime she lashes out. Infact, when  she reveals others’ secrets, we cringe because we know she is deliberately stepping over the line to make the point that she is a know-it-all. 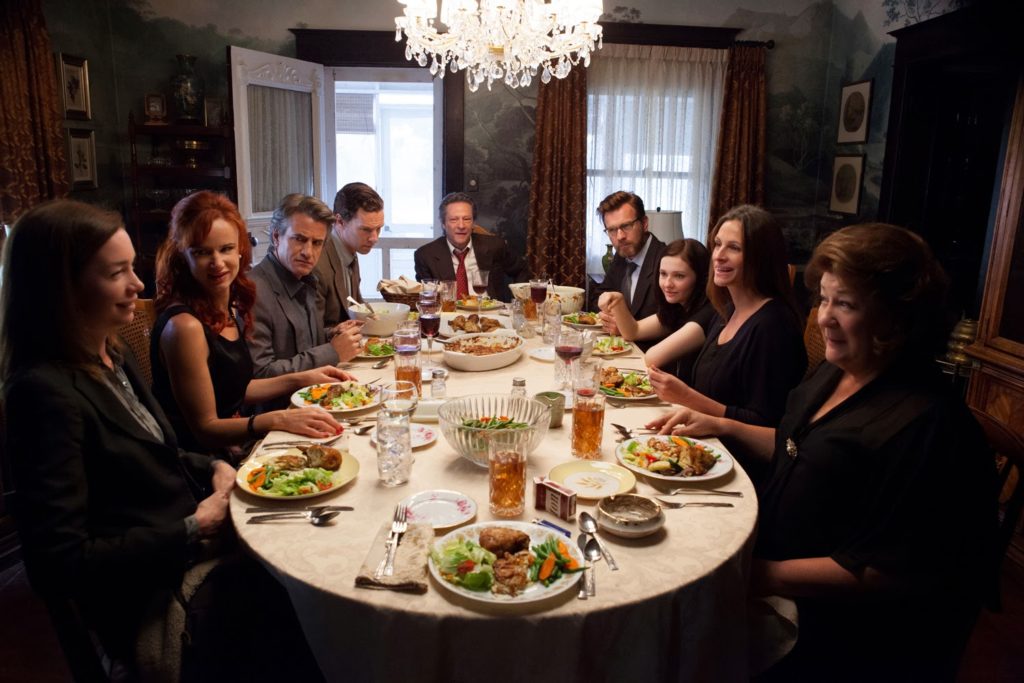 It is a movie that is well made, but then it reminded me of all the soap operas I have seen on TV, incl the likes of Brothers & sisters, where it is all about over the top drama.

August: Osage County is a movie about a family, a dysfunctional one at that, one very similar to what we see around us. I just wished it had been crisper…