This is a post that has been in the drafts for nearly a year now! And what a coincidence I opened it this morning to complete it. It is only fitting since today is Rama Navami and I have just returned from a trip to Sri Lanka [ a country that is filled with stories and remnants of Rama & Sita]

A few years ago, one afternoon a friend called asking if I would like to accompany her & her family on a trip to Rameshwaram. I was thrilled and immediately said “yes”. I had been dreaming of visiting Rameswaram for years, but it was just not happening. Mom & gramma told me that “Rameswaram” and “Kasi” are two places where the more you talk about going the lesser are your chances of actually going.

So that year I had decided to stay mum about this wish of mine and see what happens. Lo Behold, the trip was actually happening!
We took a train to Madurai and from there a cab to Rameshwaram. Friend’s uncle had booked rooms at ISCKON in Rameshwaram. After a good night sleep, we were up and ready. The handbag and a bag with change of clothes. We made our way to the temple where a man met us and took us around. First was to the ocean behind the temple, where we stood while my friend did some puja with her uncle & aunt. And then they went ahead into the ocean to take the 24dips. Following them, the others did. I went with the last batch and did about 24 dips as well. The ocean surprisingly was calm and there were no waves at all.

After this, we walked out, picking up our bags towards the Ramanathaswamy temple where we were to go around the 22 Theerthams [wells with water from certain rivers] and enjoy the bucket full of water poured on us by the men manning the wells. Phew! we were all tired by the end of it. Managed to find a place to change into dry clothes and slowly headed towards the main Sanctum. Legend has it that it is 22 because it indicates the 22 arrows in Rama’s quiver.The first and major well is called Agni Theertham and the last one Ganga Theertham. 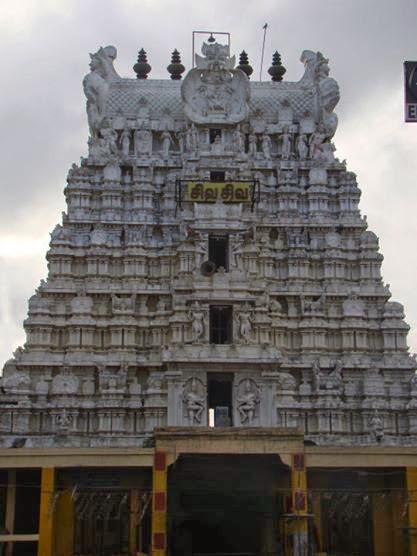 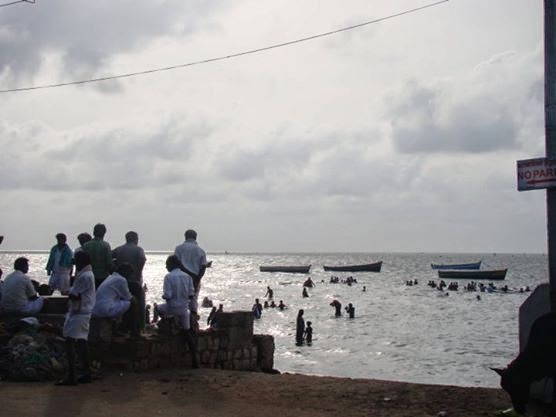 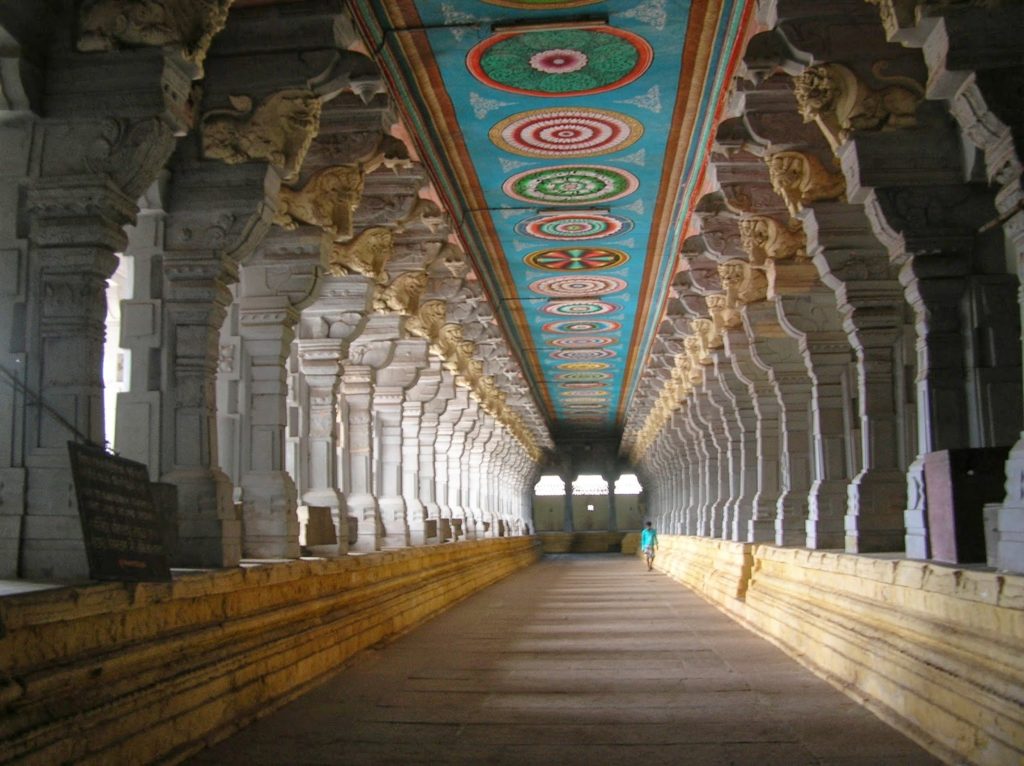 This temple is dedicated to Lord Shiva and is a popular pilgrimage site for Shaivites, Vaishnavites and Smarthas. The Temple is also one of the 12 Jyothirlinga temples, where God Shiva is worshipped in the form of a Jyotirlingam meaning “pillar of light”. Another story goes that in Ramayana, Rama, the seventh incarnation of Lord Vishnu payed to Lord Shiva here to absolve any sins that he might have committed during his war against the demon king Ravana in Sri Lanka. In order to worship Lord Shiva, Rama wanted a large Shivalingam. He instructed Lord Hanuman to bring the Lingam from Himalayas. But since it took very long, Rama built a smaller one here which is the main idol worshipped till date.

A beauty of this temple is that it has the longest corridor among
all Hindu temples in the entire country!! And it is beautiful. As you walk
along, you will see pillars on either side with intricate carvings and bright
colours. Infact, if you are not sure of where you are going, you just might
lose your way! Which did happen to us, one group was at the main gate where we
had entered and the other was lost. God bless helpful Samaritans, if
not for them we would have gone around in circles looking for each other!! 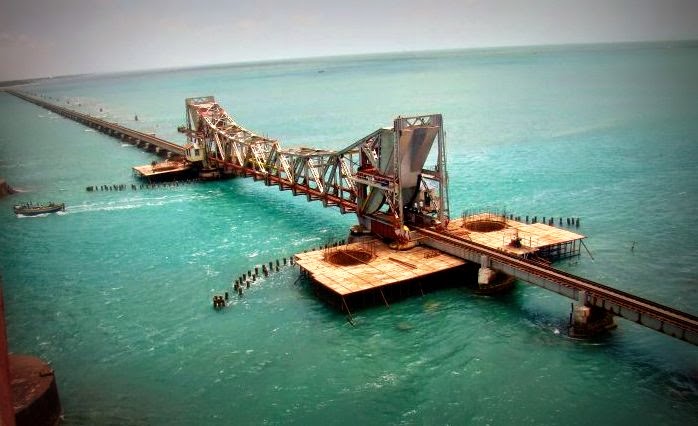 And today is Rama Navami-  a Hindu festival that celebrates the birth of Lord Rama to King Dasharatha and Queen Kausalya of Ayodhya. Lord Rama is also said to be the 7th incarnation of the Lord Vishnu in the Dasavataram. Today at home gramma makes panagam, neer mor and offers special prayers to Lord Rama & Sita…

To know more about this temple, visit here