Brunch at The Verandah in Vivanta by Taj-Connemara, Chennai

There is nothing better than
lazing on a Sunday, not having to hurry or rush to make breakfast and then get
dressed to head off to office. But, alas, it wasn’t to be so. The Saturday evening
was spent at a friend’s house and we chilled till Sunday mid morning. We had
dosa for breakfast and spend a good few hours sorting out her stuff [she had
just moved to a different apartment]. Before we knew it, the clock had struck
12 and like Cinderella, I rushed out her door towards home. I had less than an
hour to get home, shower, get dressed and head over for Brunch. Damn, this is
so now how I had pictured it in my head when I got the invite. 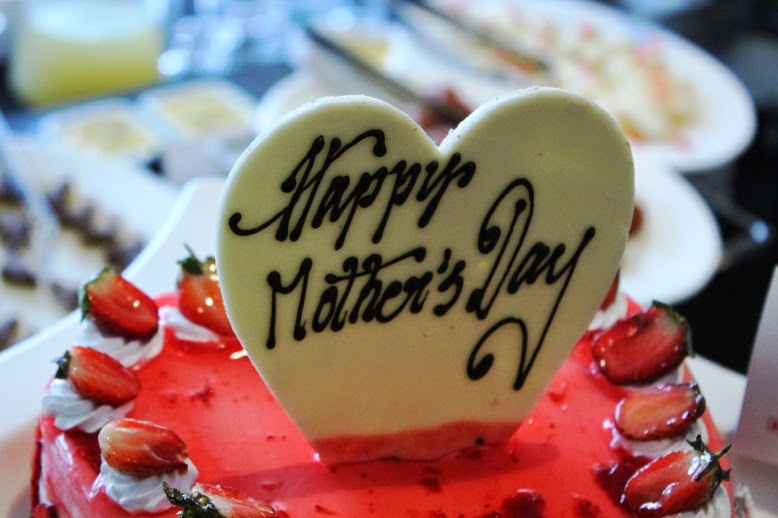 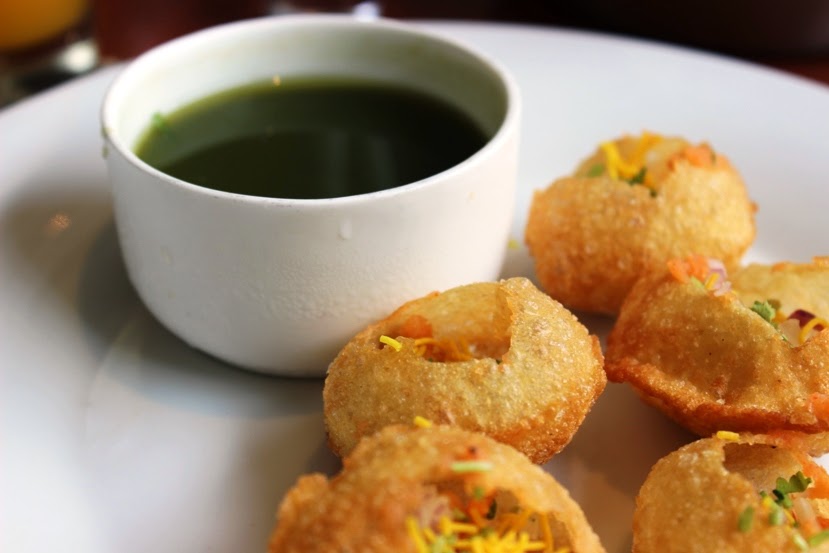 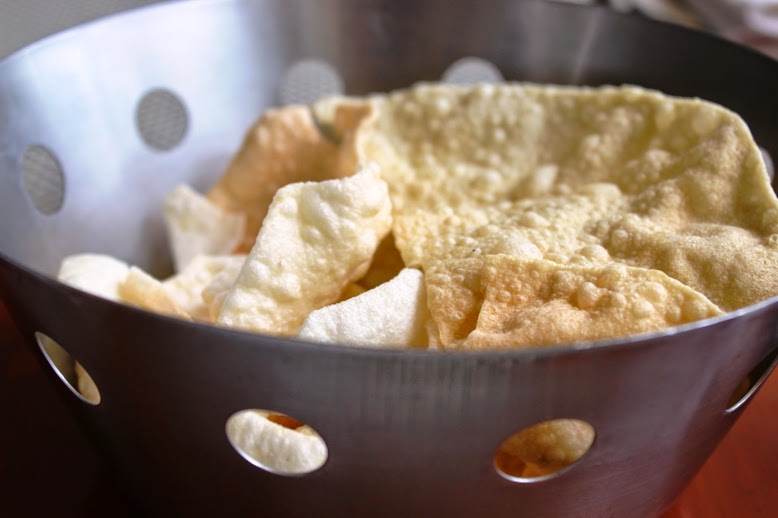 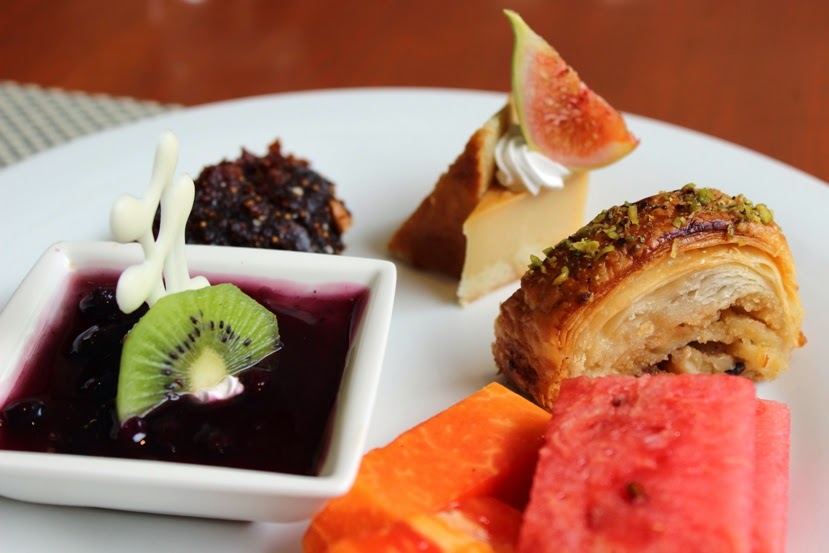 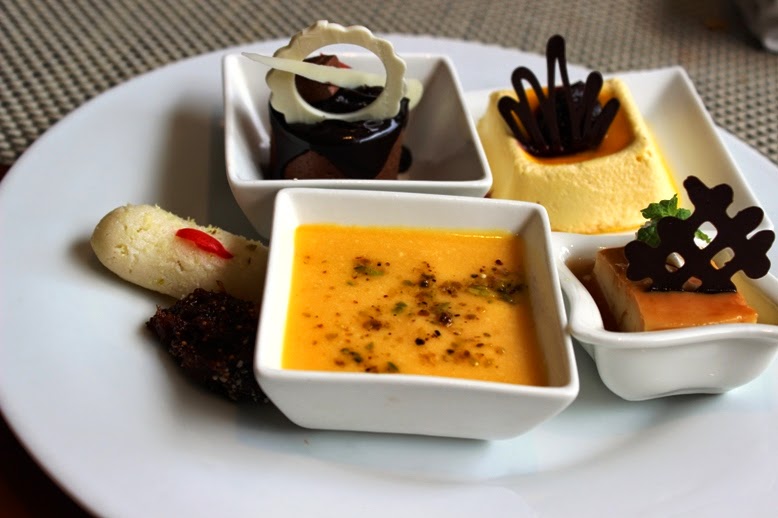 A few minutes late, I reached The Verandah in Vivanta by Taj-Connemara around 1.10 pm and found the table that was reserved for us. Unlike most places, they did not have a card that read “Reserved”, instead it said “Promised”. Our table was near the poolside, and we could see the pool glistening in the sunlight, and the bouncing castle and balloon guy right next to it. It looked so inviting, but there I was sitting inside sipping Orange juice and waiting for my friend.

The Verandah, the all-day dining multi-cuisine restaurant at Vivanta by Taj-Connemara, has come up with a brunch [following suit from the other hotels around the city] and made it a whole family package deal. You can come with your family/friends around 11, swim/play near the pool for a couple of hours and then hop inside the restaurant for a lazy Brunch.

The menu consisted of a blend of South Indian, Italian and Anglo-Indian cuisine, and then there was the bread selection, juices and alcohol that one could choose from.  There were two live counters by the pool- one serving up chaat while the other was for Tandoor items- Prawns and Broccoli. I quite like the Broccoli, the smoky flavour.  We were served a plate of Pani puri and bhel puri from the chaat counter, which were alright. Moving on, the bread counter had quite a variety of bread, including focaccia with herbs in it that was warm and tasted good. Not to forget the different kinds of cheese that was present.  And then there was a live salad bar- you could tell the staff what ingredients you wanted, the dressing of your choice and it was served on the table. I chose a simple salad made with Cherry tomatoes, olives, beans, broccoli with a spicy mayo dressing. Had asked for capers and artichoke, but they were missing.

Similarly, they also had a live sandwich counter that you could play around with. It had choice of meat and vegetables as well.  As you walk along the food counter, the first thing I noticed was the two soup pots- one veg and one non veg. But since I wasn’t in the mood, I skipped and went ahead to the food. I tried the Coconut rice [looked and tasted different-my taste buds were confused to say the least.. When I asked about it, the Chef came over and explained that it was Anglo Indian style coconut rice and not the traditional south Indian], there were also a few baked dishes which were quite good. As for the vegetable gravies and curries- I tried the potato roast and enna kathrikai , both of which were good. I also ordered for a plate of veg momos – it was a mixed platter- there were veg momos, mushroom momos and they were all yumm [ I am a big fan of steamed momos] … 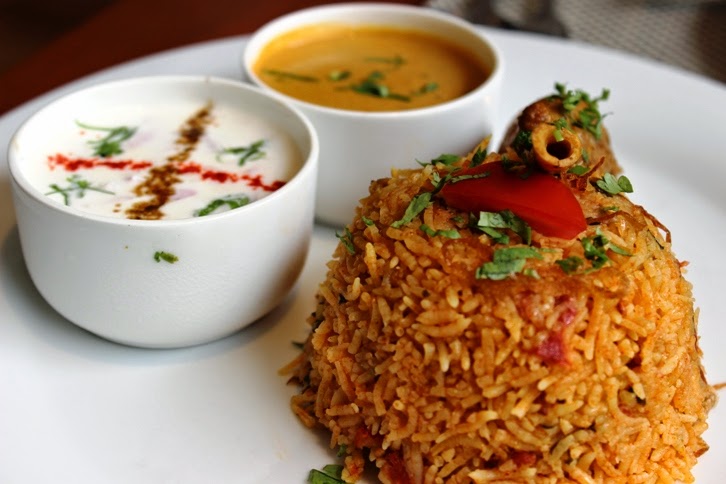 We took a break and spent
some time chatting before we decided to explore the
dessert counter.   There were a range of Mousse, cakes, and
caramel custard, I picked out the Blueberry cheesecake, another based
dessert with fresh fig on it, apple strudel and also tried the Fig halwa. The halwa was the best of
them all. I also enjoyed a spoon of the fresh cut fruits [heaven]. My friend on the other hand had taken quite a few other desserts- mango mousse, caramel custard, a chocolate dessert and a sandesh as well. We were
wondering where the Live DJ was.  While
we were digging into our dessert, the Manager came over with a plate that had a
dessert and “Happy mothers’ day” on it. He mentioned this is what they were
serving special that day. Since the friend’s wife is a new mother, we dedicated
it to her. It was a Chocolate mousse sitting on a thin layer of cake, fresh
strawberry pieces and a white chocolate slice on top. Just as we dug into it, a
man came over and performed a few magic tricks. That added to the whole experience,
and we were wowed by his tricks!! Oh and a plate of Mutton biryani was served which my friend said tasted quite good..

Though it is not a great or very impressive spread, it works as a family outing, especially if you have kids. Summer is the perfect season to go soak up in the pool and cool off on a Sunday afternoon.

Disclaimer:
The reviews posted on this blog are based on my personal experience. Also remember these were just my views!! Remember, no two palates are the same. Bon Appétit  🙂