It was one of those things in my list of things to do in Chennai. So when a Photowalk was being planned, I added my name to the list even thought the last date had gone by. Luckily, I got in and it was one memorable walk.
Whilst inside, we discovered this Buddha temple with a beautiful lotus pond near a large tree. When I questioned the presence of a Buddha temple here, I discovered this was the 2nd one in Chennai [ I have visited the 1st one in Kenneth Lane, Egmore earlier].
Apparently, plans for the Buddhist Temple happened in 1883, the construction began under the guidance of Shri. Curuppumullage Jinarajadasa (1875–1953), the 4th President of the Theosophical Society and was consecrated in December 1925. This was during the Golden Jubilee convention of the Theosophical Society.
The design of this shrine was, in the words of C. Jinarajadasa, the
fourth President of the Theosophical Society, “a combination of two
styles, both contemporaneous, though one is at Buddha Gaya and the other
in Nepal. The base of the shrine, with its rounded arches and pillars,
is taken from Buddha Gaya, while the cornices and the dome are from a
Buddhist temple in Nepal.”

The
shrine is a small and quaint,white in colour. The wooden doors had
lotus and swastika motifs on them, the seven steps were flanked by
elephant-head balustrades that lead you to the
main sanctum. While the doors were shut, I have read that the grey stone
image of the Buddha inside the shrine was a gift from Dr. Annie Besant,
the second
President of the Theosophical Society.
Just
beyond the lotus pond stood a tall Tree that had been planted by Shri.
C. Jinarajadasa to commemorate the the 75th anniversary of the
Theosophical Society. One can walk around the tree, down the steps
leading to the pond and the main Buddhist temple as well. The entire
space is open and lush greenery welcomes you everywhere you turn.
If
you were to turn left from the tree and walk, there was a small shrine
of sorts with a black stone slate that stood as a tribute to the
teachers.
Quite apt for today, Teacher’s day!! 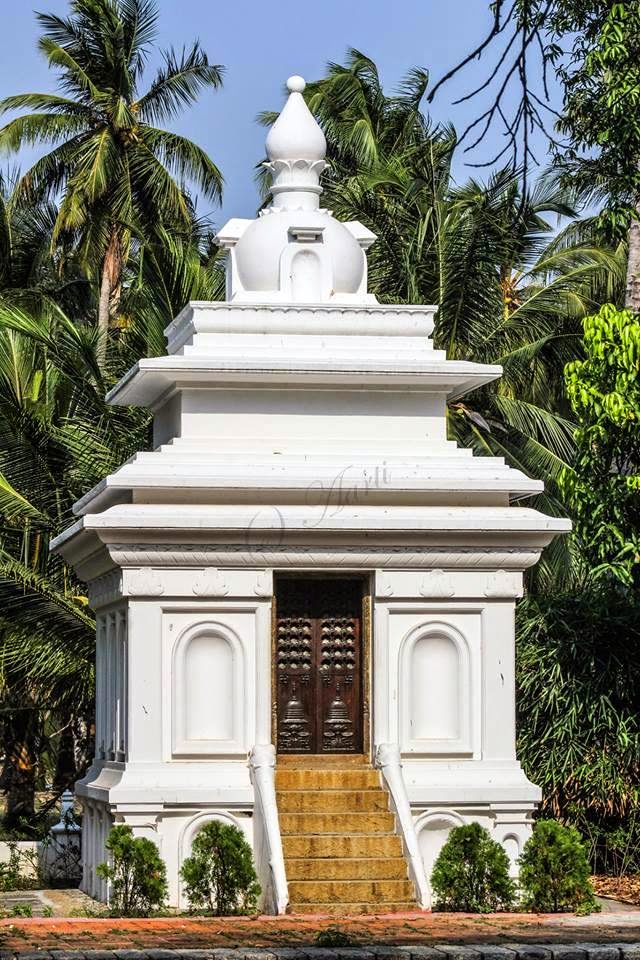 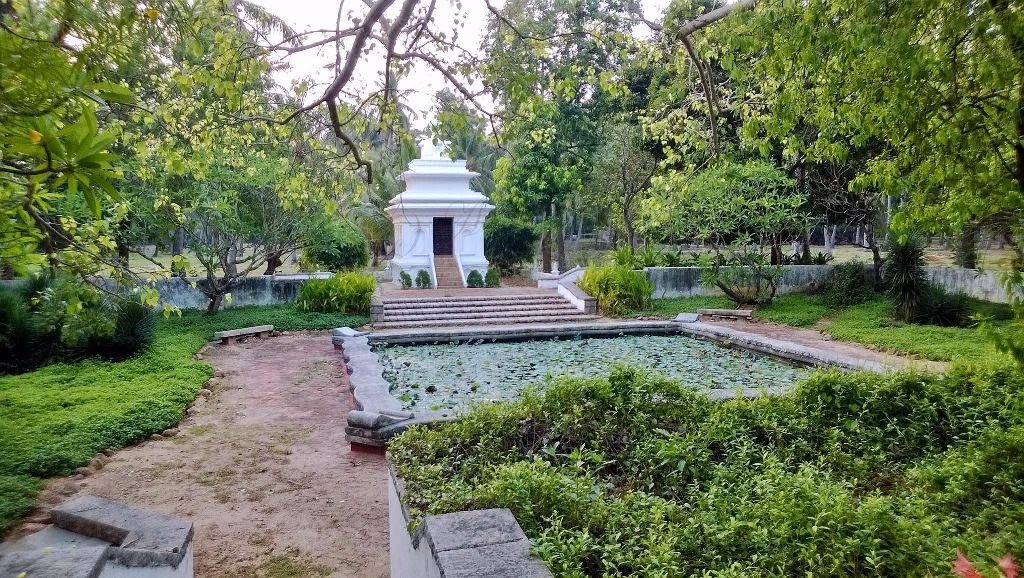 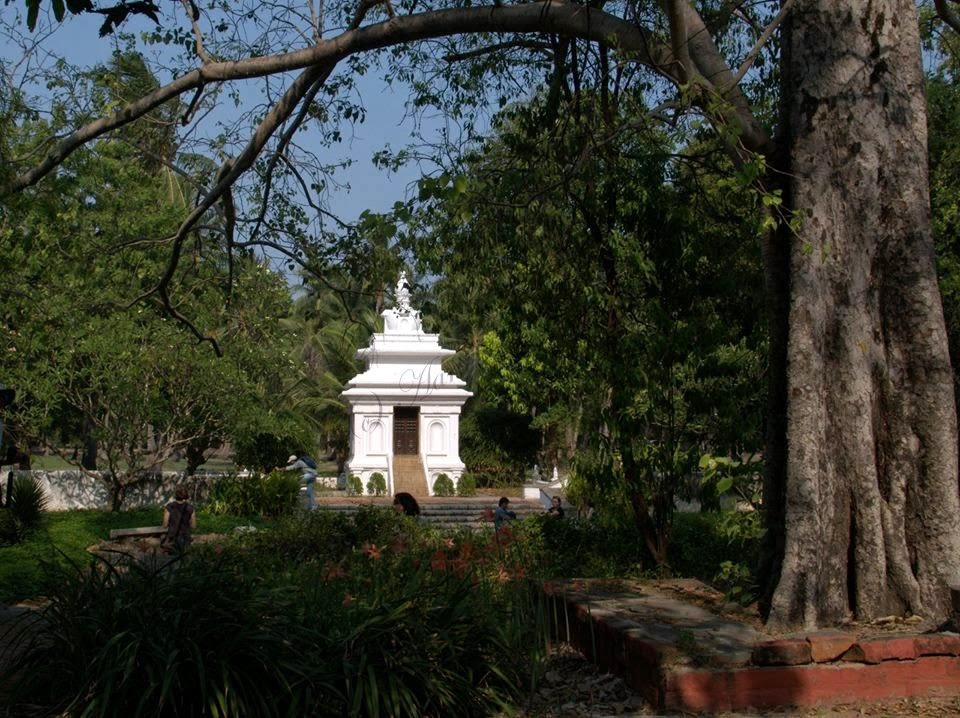 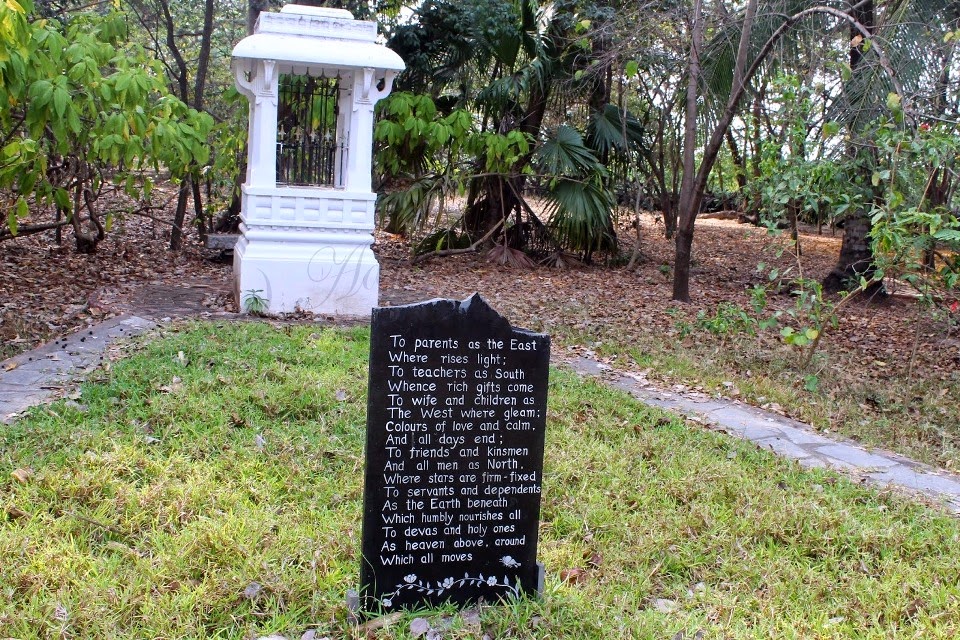 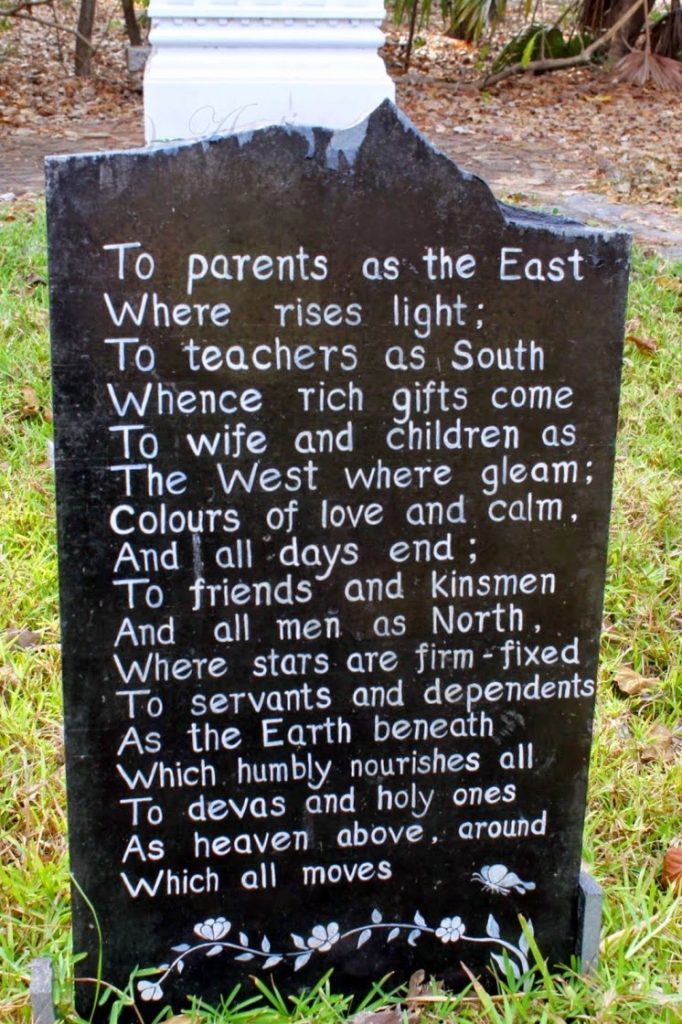