It has been 50 days since Novotel opened their doors in Chennai. Situated in the OMR highway, beyond Hirnandani toll post, the campus also has the other Hotel from the group- Ibis. Apart from these two, there are quite a few other hotels that come under the Accor Hotels banner, which will soon rise from the ground in the same area in Chennai.

The hotel is also located right opposite the SIPCOT arena which houses some of the leading IT companies in the city, so it is no wonder they will see quite a corporate crowd both in their restaurants and their rooms.

As you pull into the driveway, the 1st thing that catches your eyes it the wide open spaces, and it continues as you walk into the lobby. There is one banquet hall apart from a store in the Lobby area. You take the elevator to UGF floor to reach the Square [out of the box] restaurant. If you walk straight ahead from the elevator you will be greeted by the beautiful pool, on the right side is an outer deck seating area that opens out to the city and on the left is the majestic restaurant.

Again, the open spaces is what caught my eye. I loved that there were no tables crammed into the hall, and there was plenty of walking room. The buffet is spread from one side going all the way to the other. Each of the cuisines have distinct vessels- Indian, Pan Asian and international cuisine are what you find dominating the menu here. The buffet is priced at Rs950 [excl tax] and is quite an elaborate spread. 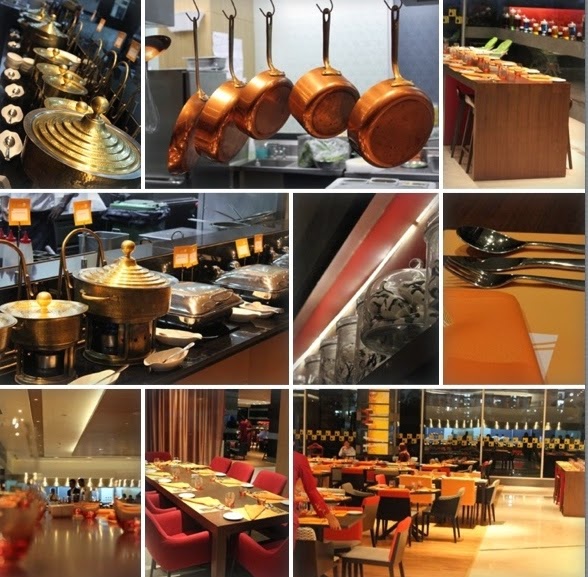 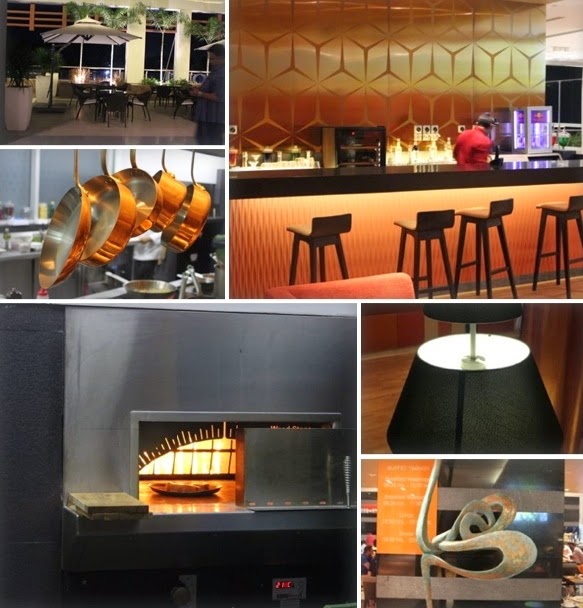 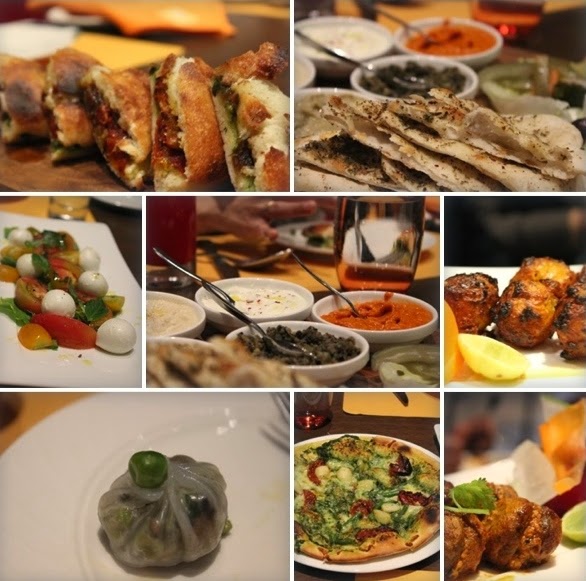 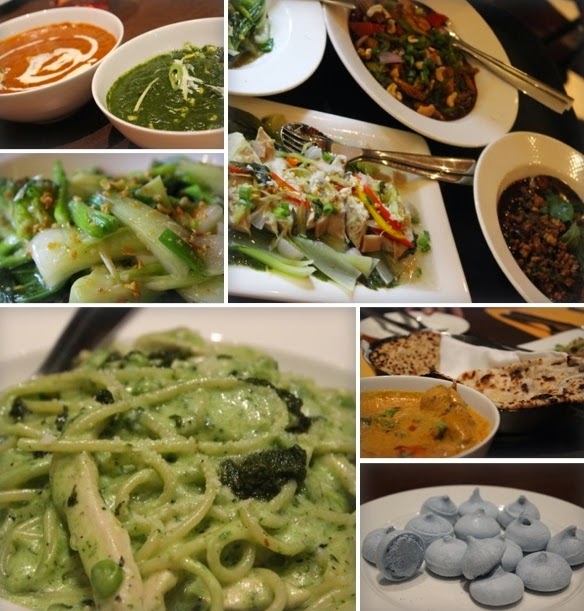 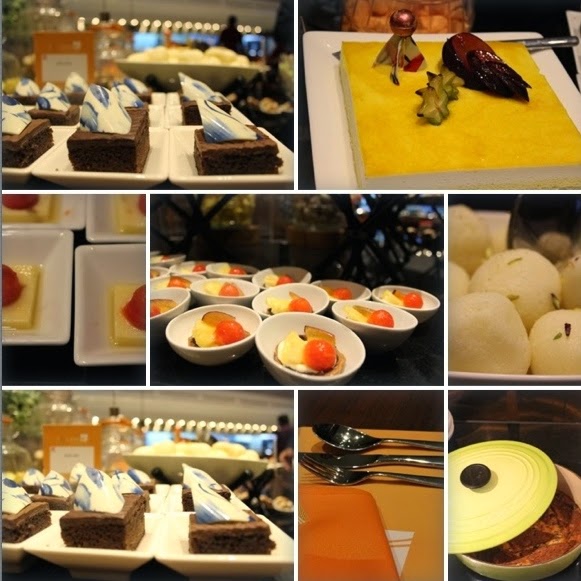 The far end of the dining area is dedicated to families with kids, there is a Playstation and a play area that will keep them occupied while the family enjoys their meal. There is also a long table with Bar stool type seating area, which is quite cool.

Oh and on the room front, they have 180 rooms in Novotel while there is another 180 odd rooms in Ibis as well.

I know I know, this is a food blog, time to get talking about the food 🙂 The evening we were about 5 of us there apart from the three members from the Hotel and we were seated in the Private dining area, which is a secluded one and can seat about 10 people.

The evening opened with a range of starters, ranging from a Mezze platter [ pita bread with Hummus, babaganoush, tabouleh, and few other sides], and then came the absolutely delicious salad- tomato basil and buffalo mozzarella cheese, and then there was the stuffed focacia bread which was out of the world delicious.  There was also the veg & non veg dim sums, which were wrapped in sheets that were near transparent and melted in our mouths.

Oh and we weren’t done, there was also a Mushroom starter that looked like two mushrooms squished like a mini sandwich with a sauce between them.  The non veg eaters got as many starters and soon we were all nearly full. I was down with a bad cold and so started the meal with a cup of hot coffee [which was good and soothing]. Moving on to the main course, we got to the try their thin crust pizza with pesto sauce, potatoes and beans on it [ again it was yummy, though the base felt a little crisp in some places]. I also sneaked in a forkful of the spaghetti [non veg] but I couldn’t resist the pesto and it was creamy and beautiful. For the veg main, we got a range of roti with dal makhani, Palak corn and a Chinese green stir fry which was my absolutely favourite [ it had Bok choi- which is an amazing ingredient that goes so well with Chinese flavours]

For Desserts, we decided to go check out the Dessert counter and helped ourselves to some of the dishes there. There were quite a range of desserts including multiple glass jars filled with Meringue/Macaron like sweet treats. The desserts all looked beautiful with cool garnishes, I should go back one day when my taste buds are back and try them out again.

They have weekend breakfast and are talking about opening up for Brunch. So, if on a weekend you have no plans, just drag your friends and go for a long drive, stopping for a bite here at Novotel. Trust me, you will enjoy it…

Address:
Plot No 36 Old Mahabalipuram Road
Egattur
603103
CHENNAI
Tel (+91)44/66545454
Just after the 2nd toll on OMR highway.
URL: http://www.novotel.com/gb/hotel-7089-novotel-chennai-sipcot/index.shtml
Disclaimer: The reviews posted on this blog are based on my personal experience. Also remember these were just my views!! Remember, no two palates are the same. Bon Appétit 🙂