I had been dreaming of visiting Karaikudi for nearly 2 years and finally decided there came the day when I knew the weekend was free and ergo I made plans. A friend wanted to come along, so booked tickets for her  as well. We reached early in the morning, checked into the hotel, had breakfast and the 1st place on our agenda was the “Pillaiyar patti Pillaiyar temple“. When I had snooped around on the net I discovered that the temple was just about 12kms away in the town of Thirupatthur. 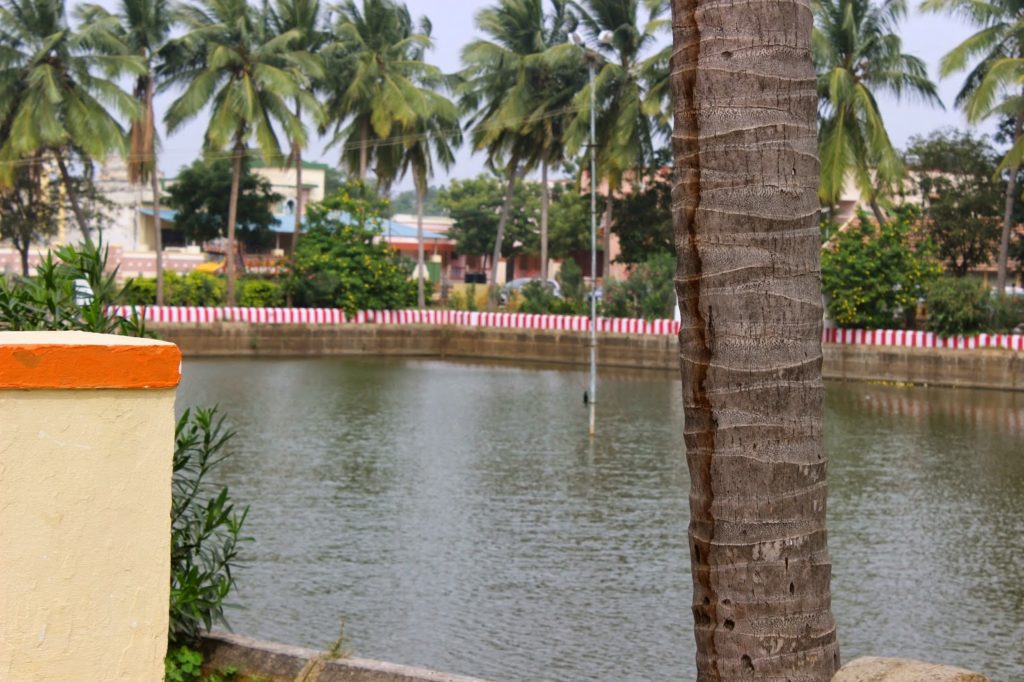 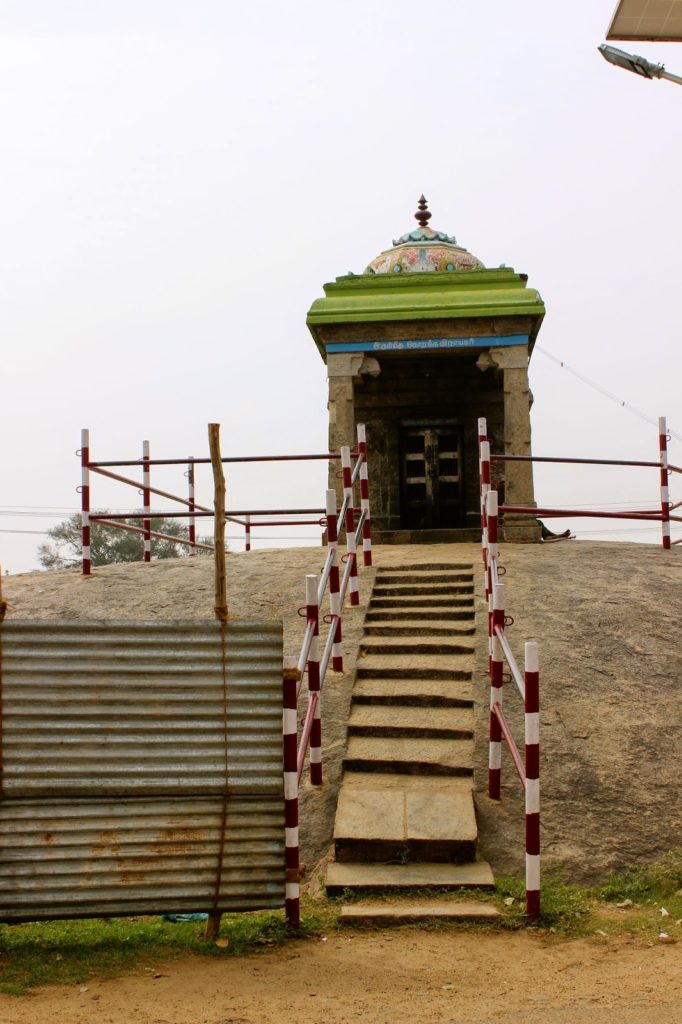 This is actually an ancient rock-cut cave shrine dedicated to Lord Ganesha. As we walked around the temple complex, we came upon the temple pond and a small mandap of sorts where many were resting, some doing a small family picnic of sorts. There are rock cut images of Lord Siva and other gods as well as a few shrines.This temple is most famous for the rock cut Vinayagar (Ganesha) sitting majestically inside a cave.

The most unique thing about this temple is that Vinayaka appears with 2 hands unlike in other places where he is seen with 4 hands. Also he is seen seated without Angusapasam, with his legs folded and stomach not touching the Asanam in the form of “Artha Padma” Asanam. Like all Shaivite temples, Pillayarpatti Pillaiyar temple also has Lord Shiva as its presiding deity. Shiva is called “Arjunapureeswarar”.

Outside near the entrance is a small mount with a few rock cut steps that lead to a small shrine, we couldn’t make out the name of the God there.