When I was planning my Bangkok trip, as always I did do a bit of research and one of the places that cropped up in almost all the sites was a visit to Jim Thompson’s house. A friend of mine who had been to Bangkok earlier also recommended the place.

So one afternoon, we hopped on the BTS, and headed towards the House. [We are staying at Sukumwit 11, and so from there we had to take the sky train to Siam BTS, get off from the Sukhumvit Line train, search for National Stadium sign and get into the Silom Line Train the platform. In National Stadium (W1), take the exit 1, walk on, then you’ll see the house at about 200 meters from the main road.]

It is located down a narrow lane that ends with a view of the canal. We saw quite a few boats speed by while we had lunch at the restaurant inside the Jim Thompson house, which is more of a museum of his works and life. 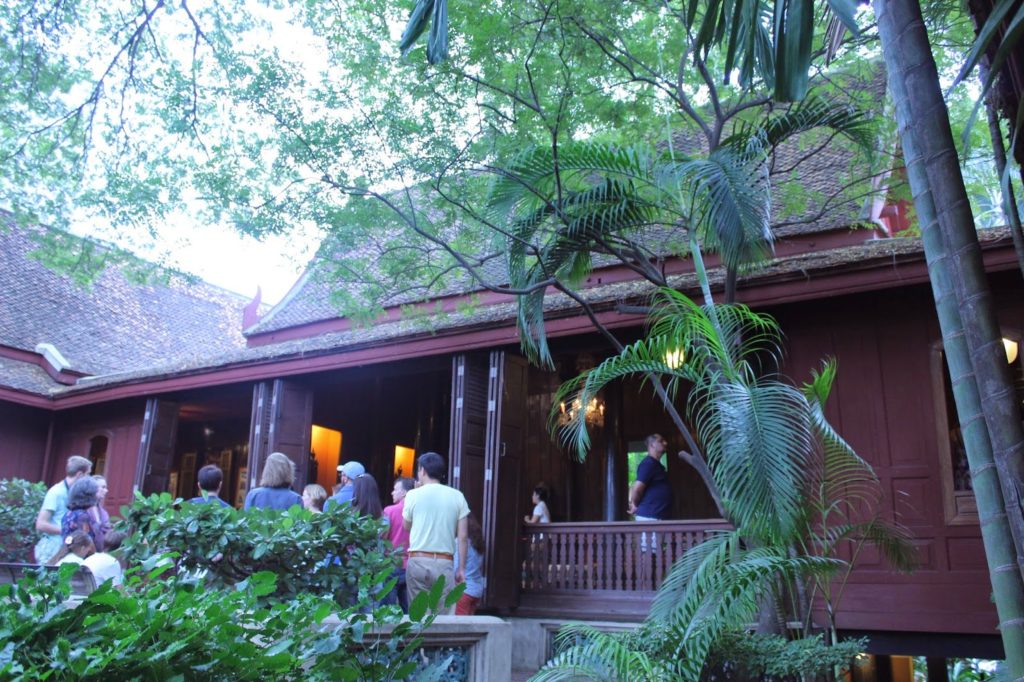 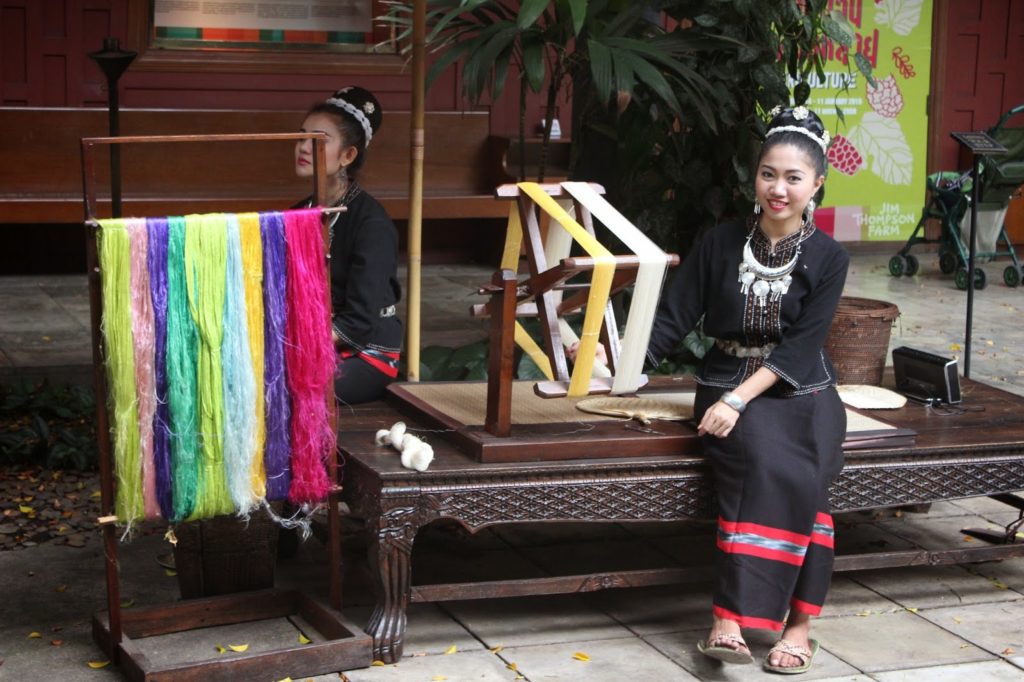 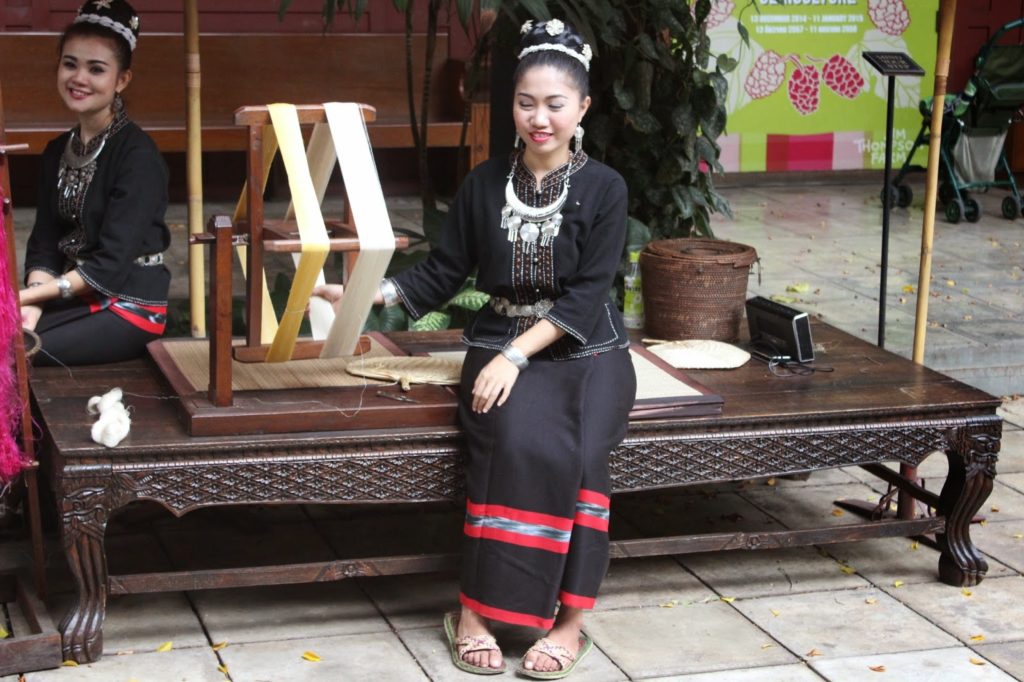 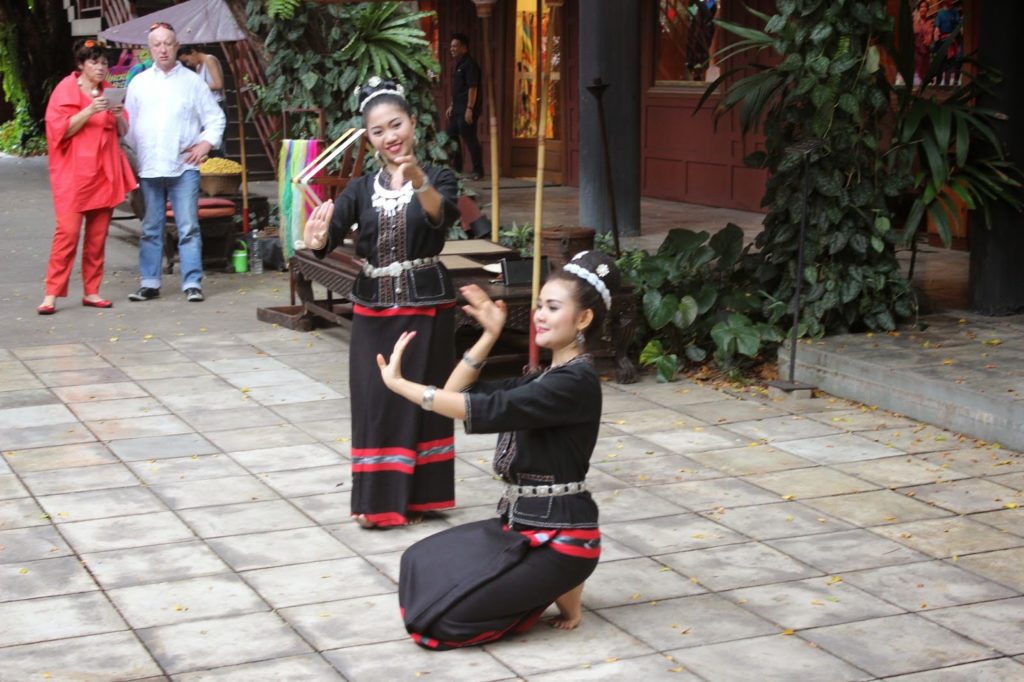 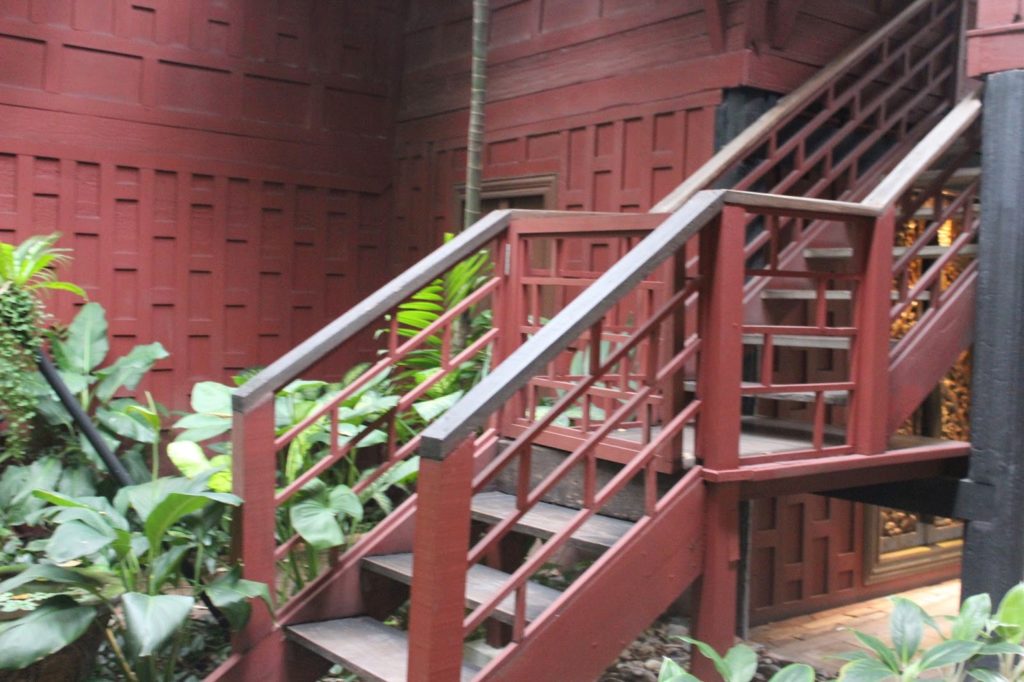 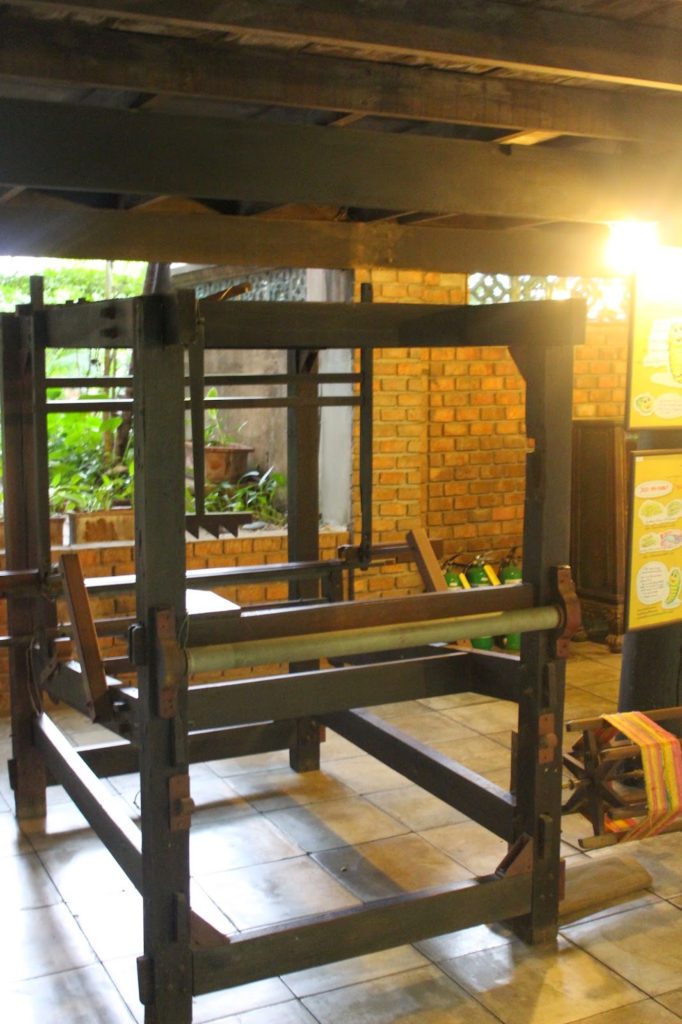 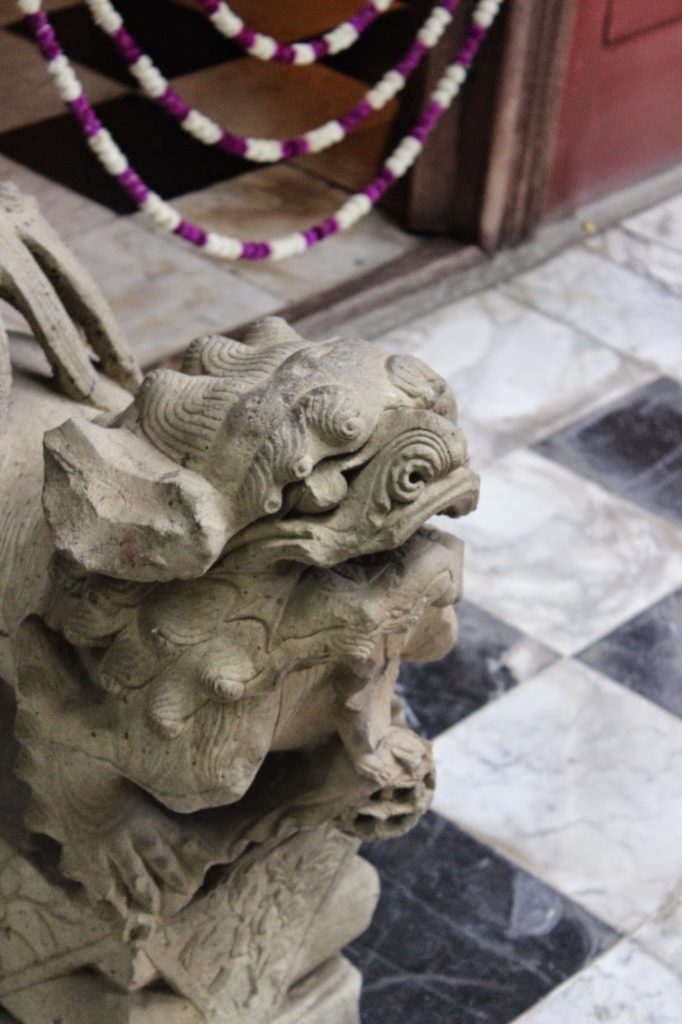 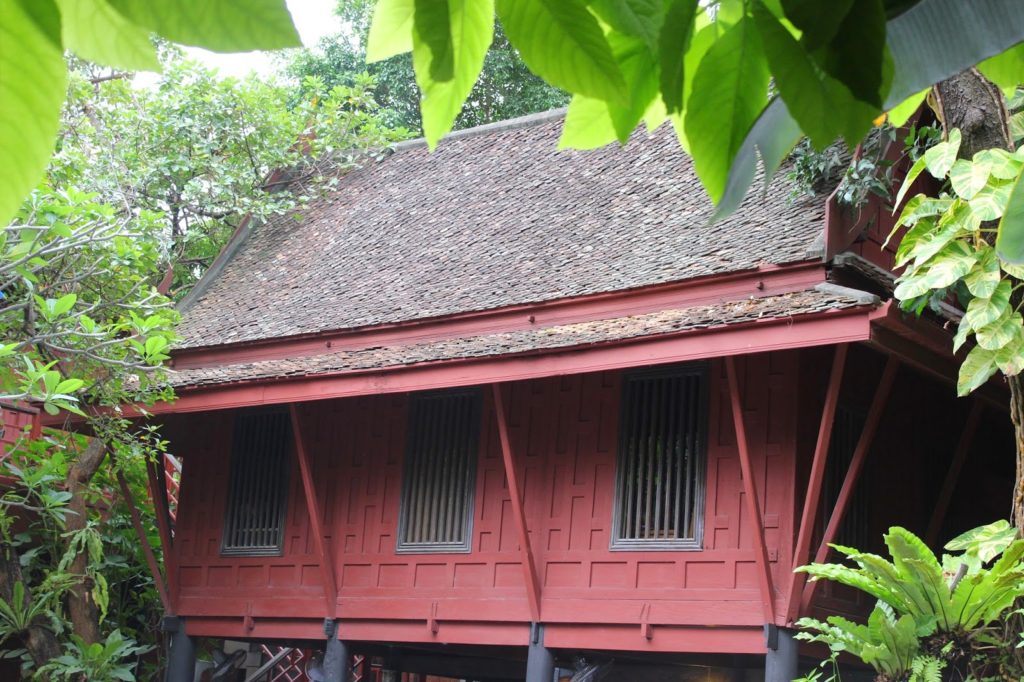 I bought a ticket for 100Baht [friend decided to sit this out] and signed up for the next available tour [ 40mins is the duration of the tour]. The place is filled with Thai structures that Jim Thompson, an American businessman collected from all parts of Thailand during the 1950s and 1960s. While he was building his silk company, he also became a major collector of Southeast Asian art, which at the time was not well-known internationally. He built a large collection of Buddhist and secular art not only from Thailand but from Burma, Cambodia, and Laos, frequently travelling to those countries on buying trips. It was in 1958 that he began to put together a home to showcase his art collection. Formed from parts of six antique Thai houses, his home (completed in 1959) sits on a klong (canal) across from Bangkrua, where his weavers were then located. Most of the 19th-century houses were dismantled and moved from Ayutthaya, but the largest, a weaver’s house (now the living room), came from Bangkrua.

You walk along a beautifully done up garden to explore the various buildings, see the fine art pieces and to get a glimpse of what his life was like. And when you are done, you can also check out the store near the restaurant where a few products are available for sale [ beautiful but pricey]. And then there is the small art performance done by two women just outside the store. They are so elegant and graceful, was quite a sight to watch.

And when you are done, there is a small shuttle of sorts that will drop you off at the main road which is within walking distance from the station.


Update: Read this article and thought I should share it here- Read this next

The Case of the Missing Thai Silk King

Flashback
The Case of the Missing Thai Silk King
Much more