It was time for celebrations, ringing in the Thai New Year  in style, food style!  We were at Benjarong where they do few festivals but what they do they make sure to do well. This time was no different. I walked in and was welcomed by a grand entry decoration made with paper- leaves and flowers of all colours, lighting up the place. 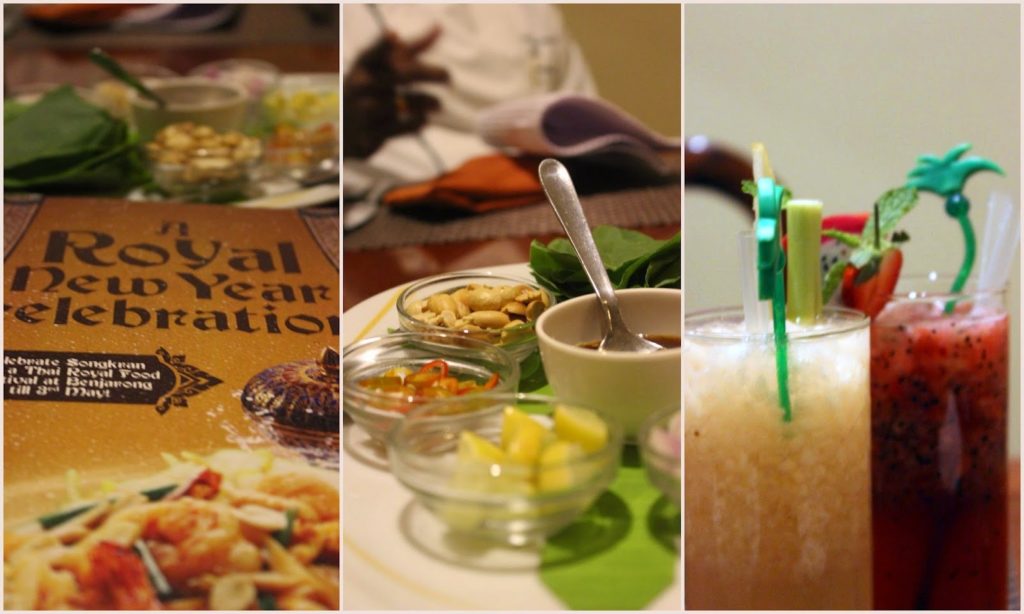 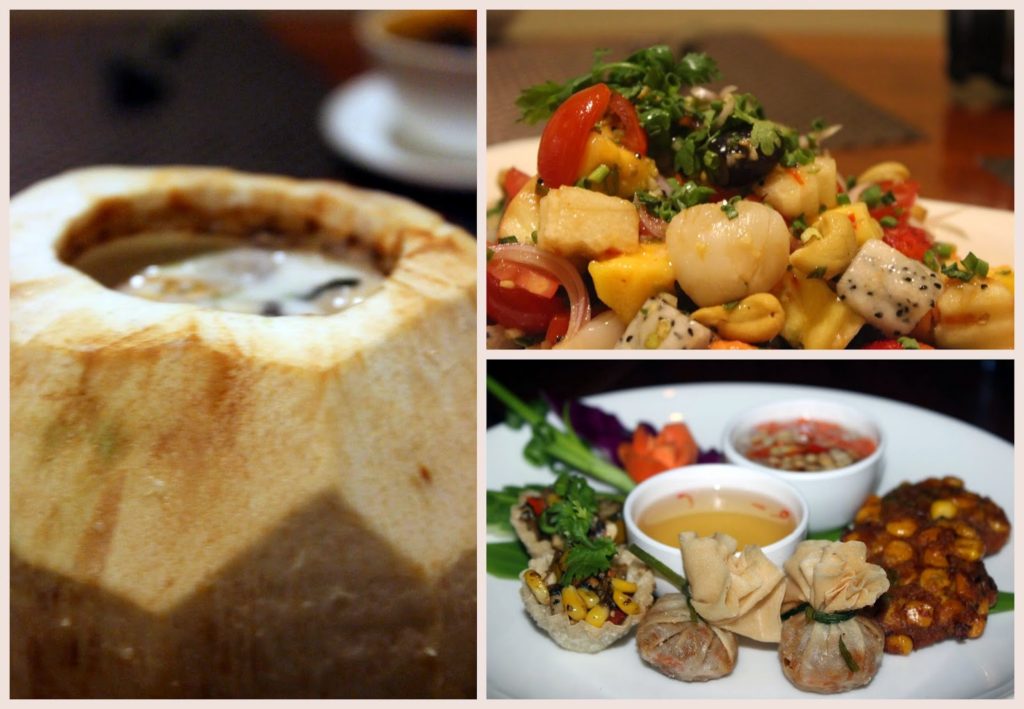 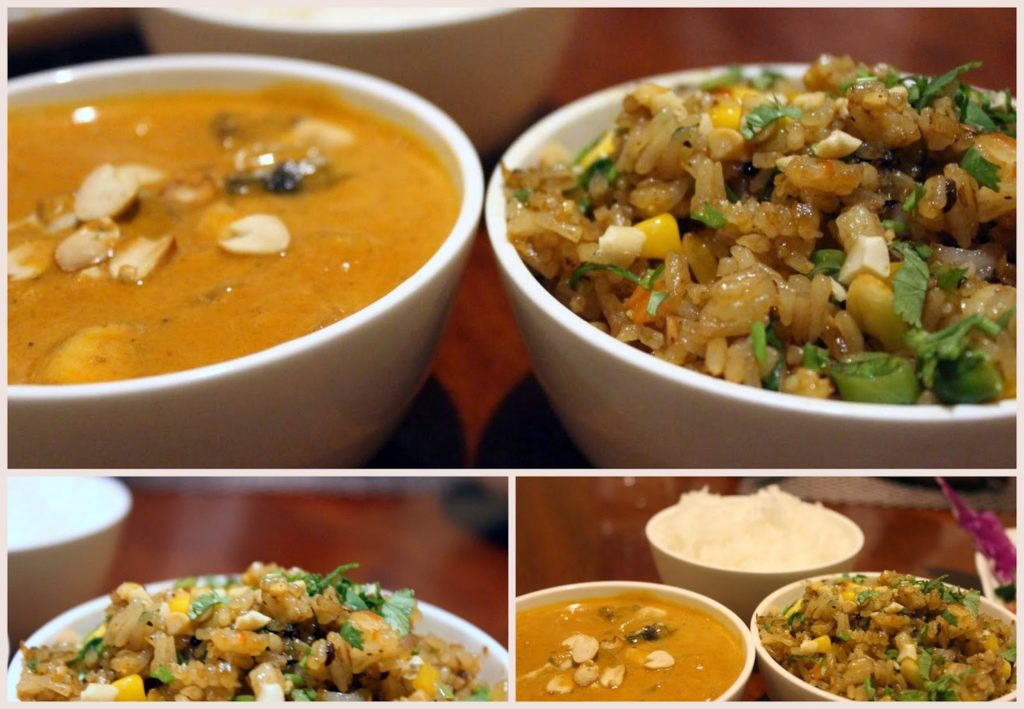 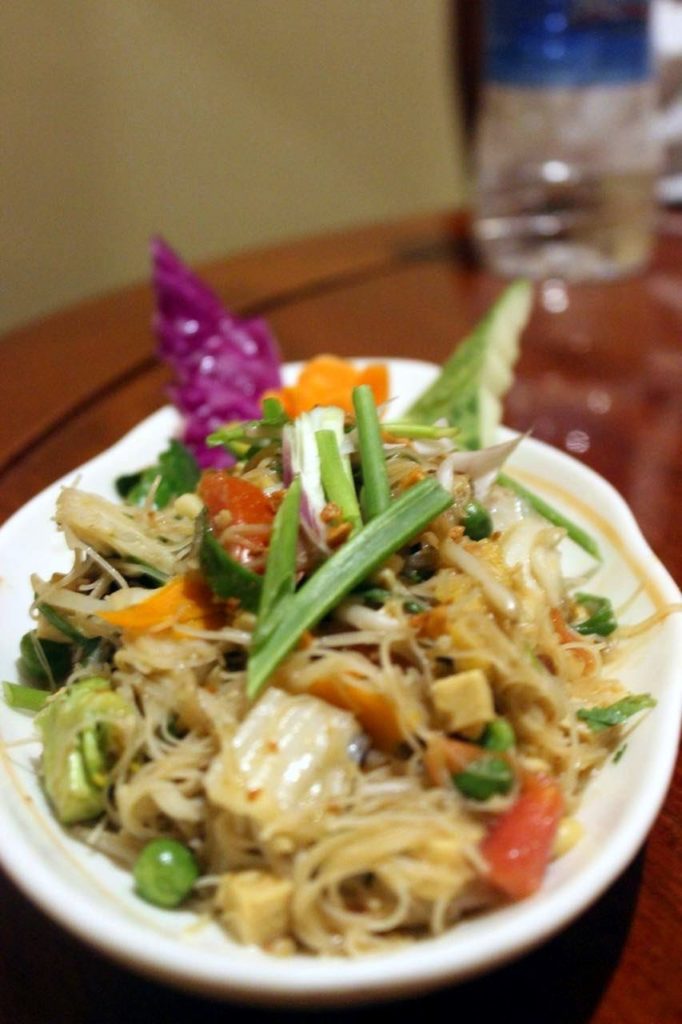 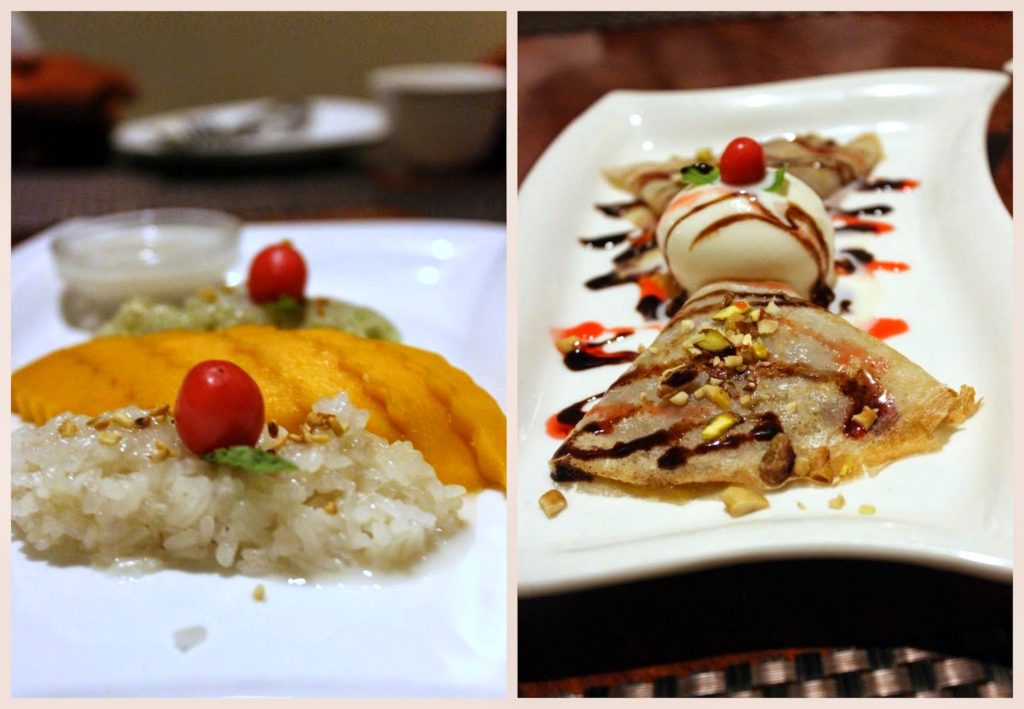 I walked towards our table and found Chef Ramkumar already on it , all set to take me through the Thai culture and Songkran menu. The evening started off with a glass of fresh delightful Thai pears, which was filled with pear pieces, litchi and a hint of lemongrass.This was so refreshing,  especially for Chennai Summers.

As we chatted away, the salads and soups made their way to our table. We had a mixed fruit salad with a spicy dressing and my soup came in a full Coconut- yes, you read it right. It was made with a blend of three kinds of mushrooms and coconut milk- I couldn’t stop gulping it down. They have a few options for non veg as well, one made wit prawns is said to be a hit. While learning about how different these flavours were when compared to regular Thai food, a plate with an assorted set of starters arrived – mine had two crisp tarts with corn & mushroom mix in it, another was a small bundle and finally the cutlet of sorts all of which were delicious . They were served with two dips- one was a sweet chilli dip while other was a mix of carrot, cucumber in light sugar water.

Phew, I sure was stuffed and yet I continued to remain curious about what else was in store for the festival menu. For mains I got a portion of spicy thai rice and another was plain jasmine rice served with a Massaman curry [veg version] which had potatoes in it. It is typically made with lamb shanks here at Benjarong, but they had created a veg version for people like me . One last main course was a Noodle dish, with a melange of veggies 🙂

And finally, it was time for desserts. I was given two options- Khad niew moon- two kinds of sticky rice with fresh Mango slices  [that was heavenly], the other was Pang Ji–  pancakes made with coconut and banana, it is served with ice cream and a hint of strawberry sauce.
The Royal Thai cuisine is open for reservations for lunch and dinner from the 15th of April till the 3rd of May 2015.
Address:
Benjarong
146 TTK Road,
Chennai.
For reservations for the Festival can be made at 24322640.