Yes,
you read the name right. What was I doing here is the question running in your
head right? I sure was a fish out of water, pun unintended… lol
Rewind
to few hours earlier….
“So,
we all meet at 7pm at Manhattan
Fish Market” beeped the message.
I
stared at it for a good 2 seconds, and another 2 more before opening the
browser to check out their menu online.
I
noticed there were 2 starters, 1 soup and 2 pastas, which were Veg.
Bracing
myself for a night of being the odd one out [not that it was new to me] I said
“Aye, will be there” [ I knew I was going more for the company than food]
Coming
back to the present…
Few
seconds after the clock struck 7, I reached the place. Waited outside while my
phone threatened to die on me. I had been out all evening, had a long client
call as well and so had requested one of the guys to bring me his power bank….
more of threatened… groveled… begged. You get the drift, right? And I had to make do with clicking pics on my phone… 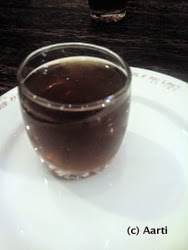 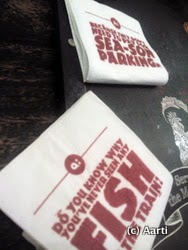 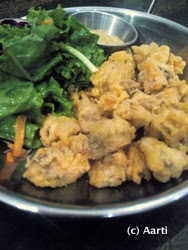 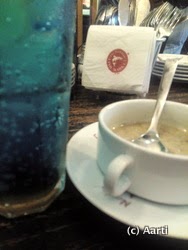 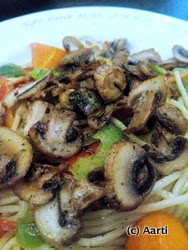 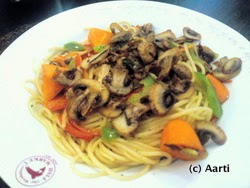 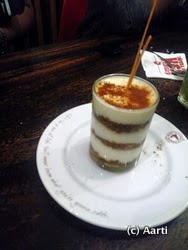 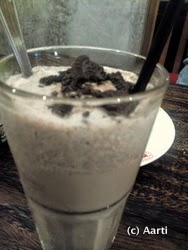 Anyways,
we made our way to the 1st floor where we looked around wondering
which table to attack. And that is when we were told they had a floor above as
well. Curious, we went upstairs to find a couple of private rooms and we
promptly picked one. It had a long wooden table, red funky chairs and a black
board apart from few doodles on the wall. Oh and there was also an Apple TV in
the room with remotes for us to play with.
Within an hour, we noticed two other large groups occupy the other
private rooms. Impressive! Seeing such a crowd on a weekday evening.
One
of the staff came over with the menu and took us on a quick tour of the menu.
The jist of it being- the different kinds of cooking methods they followed-Poach,
Grill, Flame, Bake and Fried; the range of seafood they offered and of course
the dishes that were highly recommended.
Oh
damn, how can I forget the most important of them all. This is only Manhattan
Fish Market in the country. They do have outlets in quite a few South Asian
countries- Oman, Sri Lanka, Malaysia and few others…
I
announced I was veg and instantly the waiter said “ma’am, we have 1 soup, 2
starters and 2 mains in veg” with a sheepish grin…  “Yes, I noticed “ was all I replied.
The
evening opened with Lemongrass iced tea followed by Gummy bears & Citrus
Mint. They were quite refreshing. The soup was also good- it was Mushroom soup
[ not the traditional cream of Mushroom], but then as we were winding down for
the evening I was vexed. The veg starter was Fried country mushroom served with
honey mustard dip and my main was veggie Olio [it was spaghetti tossed in olive
oil with few colour peppers and a good portion of sauteed mushrooms on top, it
is cooked without onions or garlic (wonder why though)]- this inspite the fact
that the waiter suggested this pasta against the Creamy Mushroom Penne saying
the it was once again with mushroom! My Spaghetti was dry, had no flavour and
it was a challenge enjoying it.
While
the others enjoyed the sea food dishes, we finally got around to desserts The
waiter suggested we try the Tuscan Tiramisu and the Mudpie…. Both were
alright..
I
know I crib about how some restaurants have nothing but paneer as an option for
veggies, but here it was like they had discovered mushrooms were veg & went all out. I love mushrooms,
but this was too much? It is almost like non-veg restaurants hire chefs/create
menus with no thought towards the veggies.


Agreed, I wouldn’t pick a hard core non veg restaurant for a meal, but when in a group there is bound to be someone who is
veggie…  Oh well, some you like, others you don’t.. C’est la vie 🙂
A
meal for two should set you back by Rs1200-1500 [also depends on how elaborate
your meal is, if you order Lobster, then add few hundred more]
Address:
The Manhattan Fish Market
94, RK
Salai,
In the
lane opp Marvel Cards/Yellow Pages
Mylapore,