10 Things You Should Know About Dating The Woman Who’s ‘Forever Alone’ [http://elitedaily.com]

I came upon this article on http://elitedaily.com and found it to be bang on.. Sharing it here- 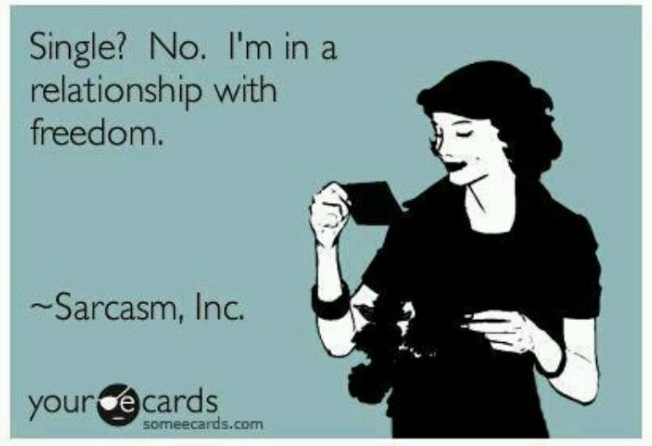 Certain women always have people by their sides, whether they’re boyfriends, friends with benefits or both.
And if they don’t, they keep looking.
On the other side, there are a bunch of women who haven’t gone through the whole “dating” phase of their lives.
I am one of those women, and I haven’t found someone I want to be with, someone I want to have on my speed dial and someone I won’t be ashamed of making out with on the road, in the mall and everywhere else.
This is for all those other women out there who are like me.
Maybe we haven’t found the right ones, or maybe we aren’t ready for them yet.
Or maybe, we’re waiting for the best ones to come into our lives.
We’re waiting for people who will make us understand why it hasn’t worked out with anybody else.
Here are all the things people need to know about dating the “forever single” woman:

1. She doesn’t want a guy just to complete her.

She doesn’t need you; she wants you. She wants you to her encourage her, empower her and make her the best she could be.
She knows she is complete, and she just wants you to inspire her to keep going.

2. She isn’t single because no one wants to be with her.

She isn’t not liked by guys or unwanted. She definitely has a lot of eyes on her.
But, she just hasn’t found anybody she would want to be serious with.

3. She likes her alone time.

Just because she sometimes doesn’t want to meet up with you, it doesn’t mean she’s done with you.
She just likes spending some time by herself. She understands the meaning of riding solo, as she’s been that way for so long.

4. She’s independent and likes being self-sufficient.

That doesn’t mean she’s egoistic.She wants to pay for herself, and she likes splitting the bill with you.

She knows what and how she is. She isn’t going to pester you for updates about what you’re doing and the people you’re with.

6. She may not show it, but she wants to be with someone.

Sometimes, she does want someone by her side. She’s just waiting for the right one.

So, there’s absolutely no need to tell her about every text you sent.
She trusts you and knows you need your own space, too.

She’s been through all the best friend breakups, weight gains, mood swings and everything else in her life without having a boyfriend to talk to about it. She’s survived it all alone.So, she doesn’t need a boyfriend to vent out all her issues to. She’s strong enough to walk through the storm, and you should know it.

9. She knows how much you need your own friends, and she wants you to have them.

She has a life and knows you do, too. She isn’t going to be irritated you didn’t meet her on time or text her back when you were playing PlayStation with your guys.

10. She’s going to be the best you’ve ever had, if you treat her right.

She knows her worth, and she totally knows how much you mean to her.
She doesn’t fall easily, so you better know how to treat her.
She doesn’t expect you to be all over her or around her all the time, but she wants you to be the best you can for her.
This is especially true considering she’s been waiting for someone like you for years.
Article link: http://elitedaily.com/dating/dating-the-forever-alone-woman/1244729/
ar