Looks like Japanese is the flavour of the season.. One by one restaurants are all following suit in either coming up with something around Japanese cuisine… First it was the pop up restaurant at Hyatt Regency and then came GRT Grand with their Japanese fest..

Tye had brought down Chef Jajos [she is half Burmese,Half Indian and been into Pan asian esp Japanese cuisine for nearly two decades]. She is now a consultant living in Shimla!!

The evening at Anytime began with a good chat with the Chef while she told us how Japanese cuisine is famous for the live stations and all their dishes are simple, yet filled with flavour and quite healthy as well.  She went on to tell us it wasn’t a good idea to have Japanese dishes as part of a Buffet cos they lose the freshness and textures, which we discovered was true..

Our dinner began with the Chef sending out a plate of grilled vegetables for me while friend got Chicken dish. I loved mine as it was fresh, the vegetables had a bite to them and the flavours were delicious. Following this we had Sushi… I am quite liking Sushi, this one had crunchy tempura pieces inside…

For the mains and dessert we were shown to the buffet, where we found quite a few vegetarian dishes and a few non veg as well. I tried the noodles, tempura and rice as well, but they were all just about average. The noodles felt overcooked and mushy,while the rice was sticky and nice.. There was also a mushroom based side which I enjoyed. Moving on to desserts, there was just one from the Japanese section which was a semi solid cake of sorts made with Red bean which was quite nice…

Good to see the city welcoming other cuisines and giving people an opportunity to try these flavours… As long as they stick to their guns and don’t Indianise things, am happy!! 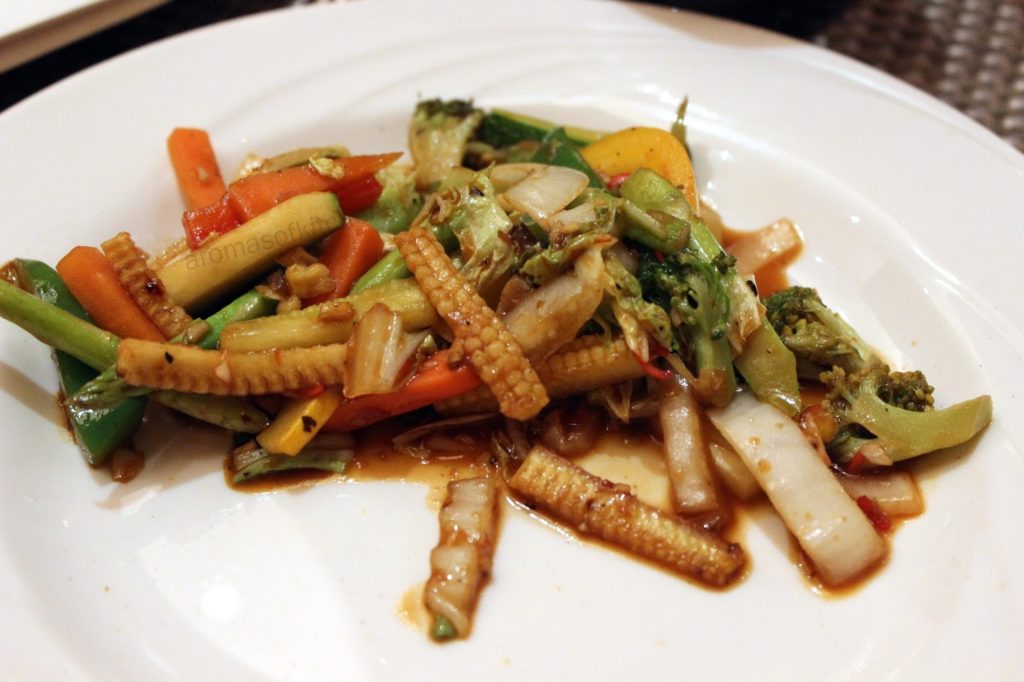 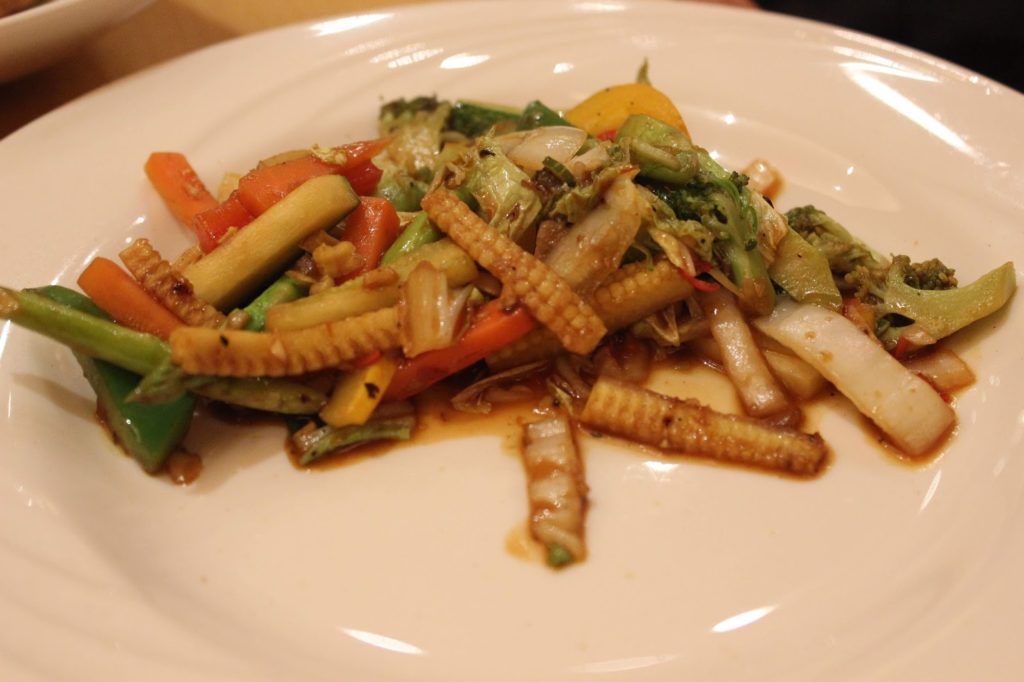 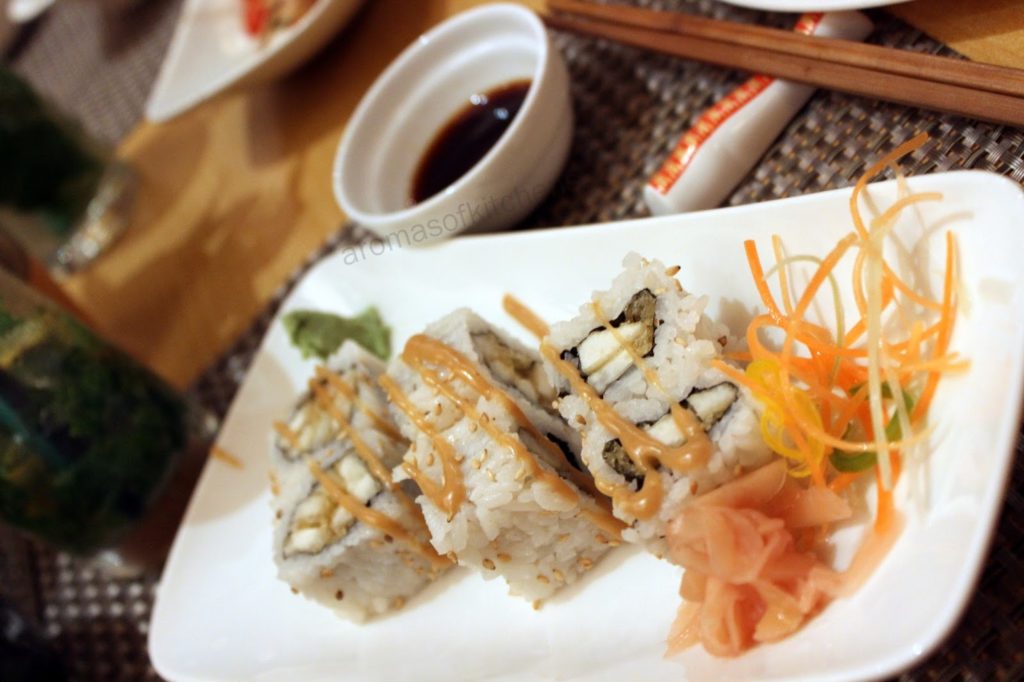 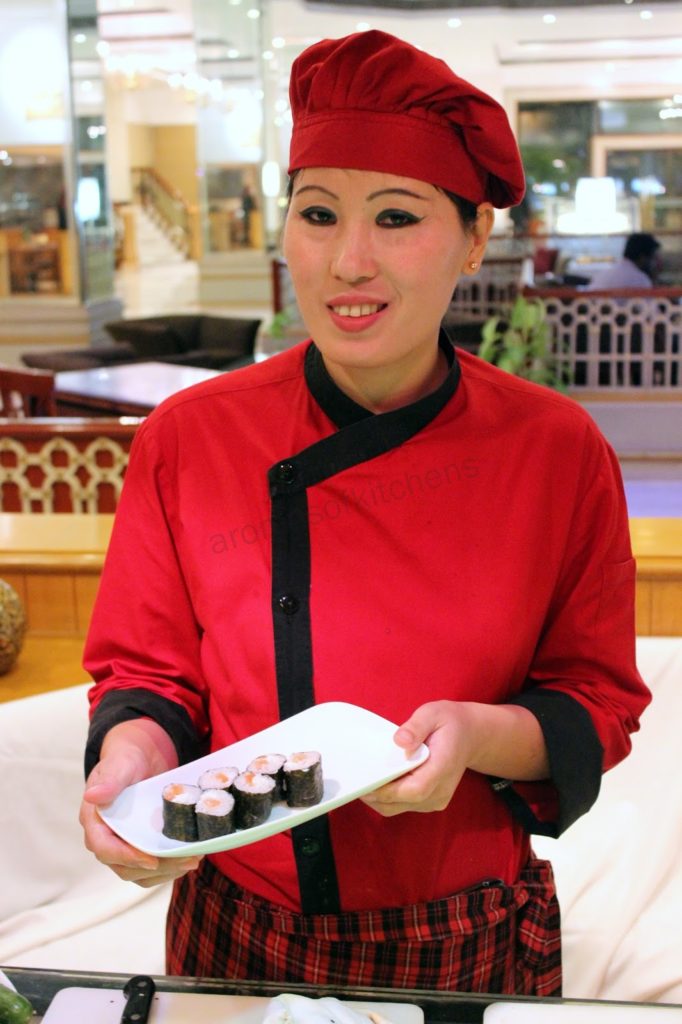 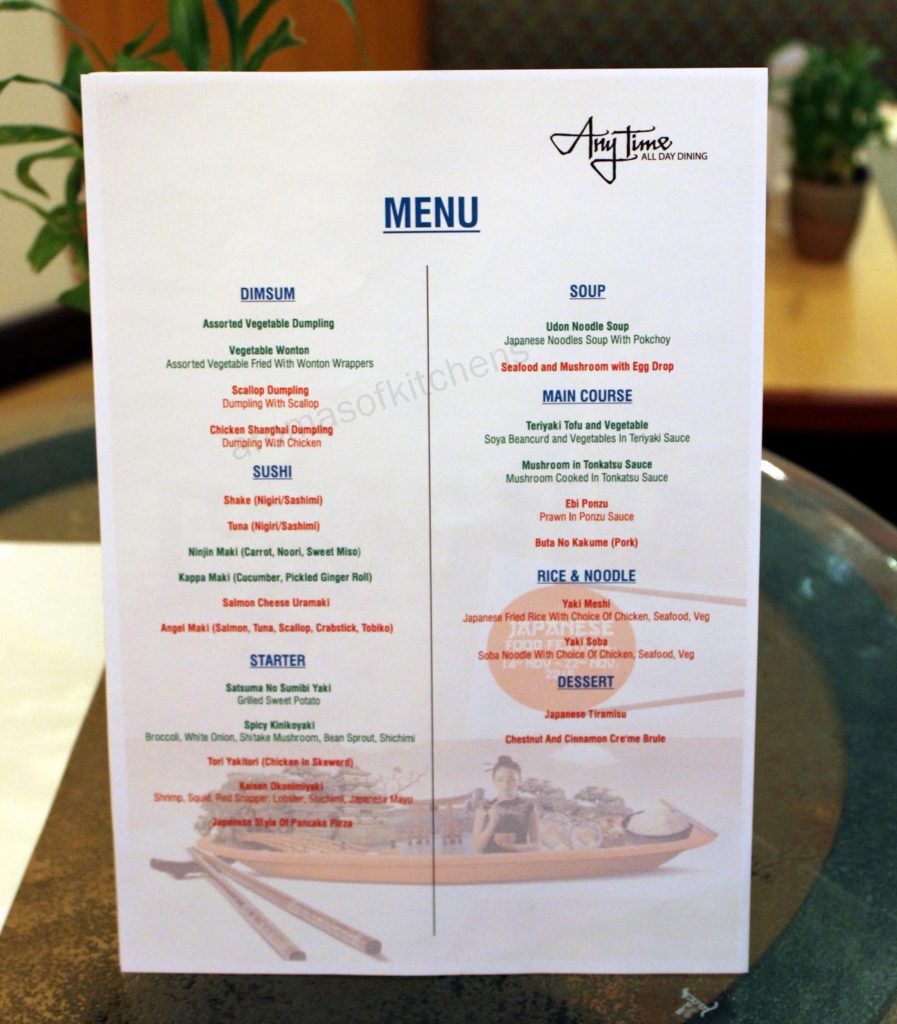 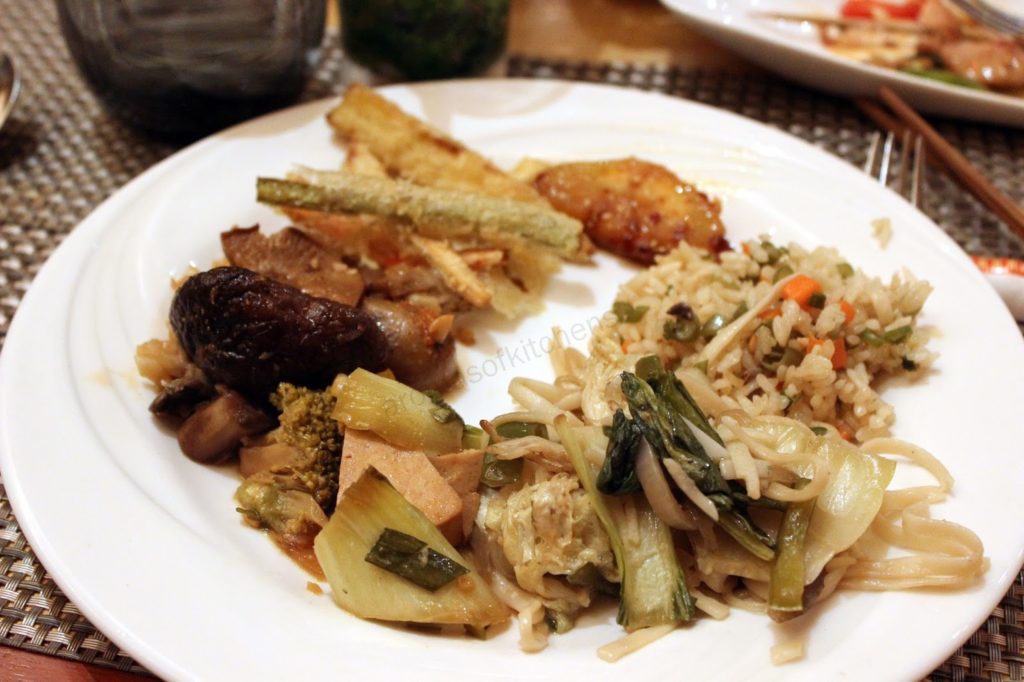 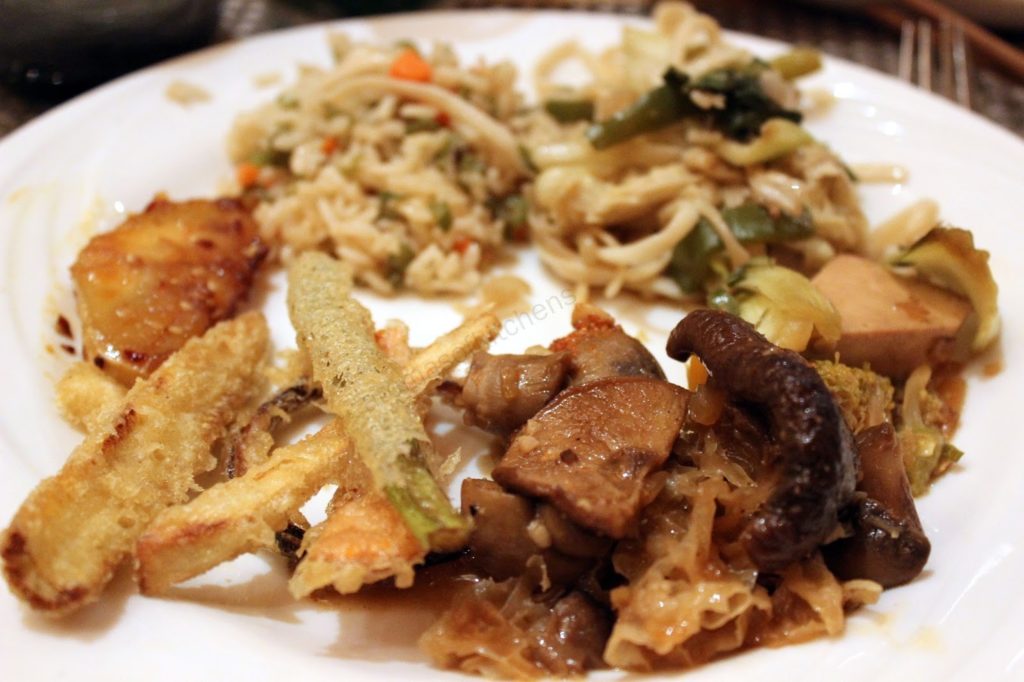 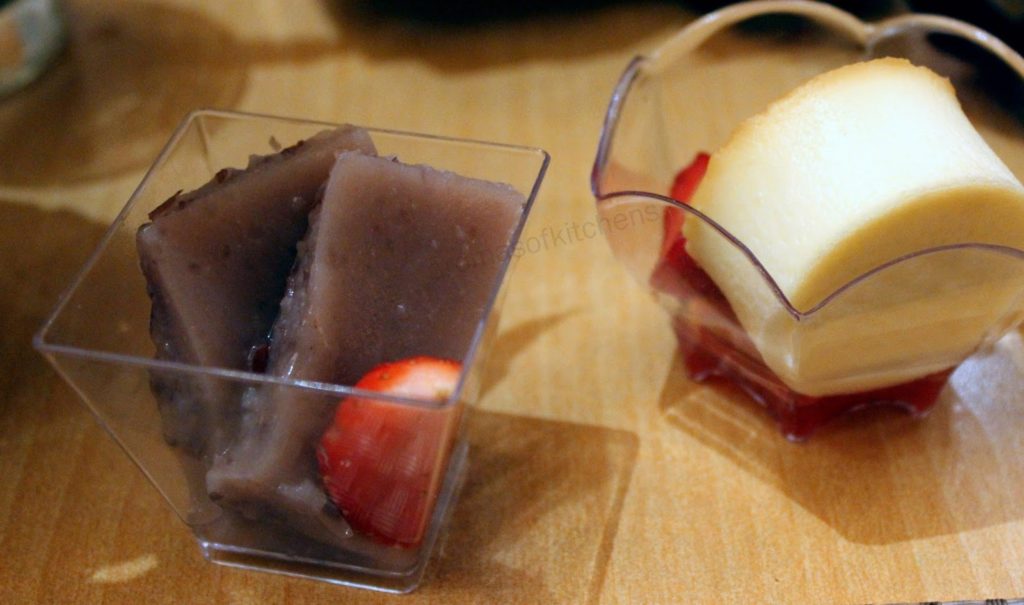