Battle with the body – I

Scene 1
A little girl is tugging at her mom’s saree and points to a GIRL afar.
The mother also looks, they share a chuckle, nudge the others in their gang
All stare at the said GIRL for a few minutes and then move on.
The GIRL is left wondering wtf….but she doesn’t pay heed and carries on.

Scene 2
A GIRL is walking on the road
Bunch of guys or girls coming in the opposite direction
Stare, snigger, chuckle
Point and laugh
SHE stops for a brief second, contemplates giving them a piece of HER mind, but decides against it and walks on.
Scene 3
A family gathering or  relative visiting home
First comment they make to the GIRL
“Have you thought of enrolling with VLCC or tried a gym, you do need to shed those flabs, else who will marry you, how can you make babies, la la laaa?!”
The GIRL grits her teeth, walks off to her room/a different part of the hall and tries to put this out of her mind…
You get the drift, right? Well, the GIRL in these three instances is a regular girl, except she is on the bigger side [in terms of size]… And ergo the Society feels it is its SOLE duty to put her in her place and make her feel like an alien…
I don’t get it.. Never have and never will I guess! Am starting a series on the blog to talk about Body shaming.. how there are millions and millions in this world who are all about mocking others who don’t fit into a box, a box that was created by some random people.. This series shall focus on how people shame others, how they are ridiculed and why it is wrong…
It seems to be all about one’s appearance..  We are taught from an early age that one needs to be in a certain shape, size else they will stand out and therefore is bound to be subjected to ridicule. But what surprises me is that small tiny people are not subjected to any of this, it is only when you stand out, stand tall, stand big that you are mocked and ogled at like some museum piece.. why is that? Who set the rules, who created the “norms”???
I also want to understand why are people so quick to judge, call names, point and stare endlessly… Just cos someone is big/heavier doesn’t mean they are a freak, right? This whole concept of Body shaming is just not done… You [the ones who comment, sneer, chuckle, point & laugh] have no clues about the PERSON and no idea why SHE/HE is the way they are.. What they are going through, their health, their lifestyle etc…
In case you are one of those good souls who has no idea what Body shaming is, here is what the net defines it as,

Body shaming is defined as inappropriate negative statements and attitutes toward another person’s weight or size. It can also reach into the discrimination against individuals who may be overweight. 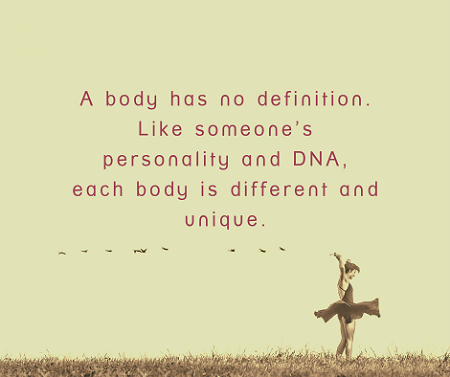 There is this TV show called My Big Fat Fabulous life on TLC featuring Whitney who is big [mainly cos of PCOS condition]and she talks about how life is difficult, how she enjoys dancing, and how people around her are constantly going on and on about her size.. They do not look at the good stuff she has- positive attitudes, talents, abilities… 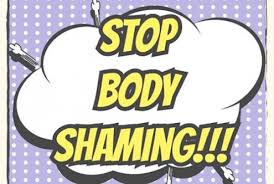 Gonna do a series on this… so watch out for more.. If any of you have personal stories you would like to share, please mail them to aaroo4@gmail.com