Saying NO and standing your ground… 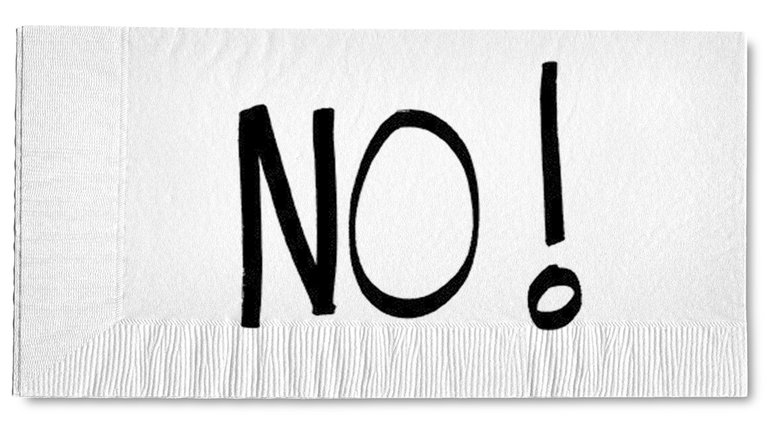 The urge to say No is like that itch that won’t go away, we know it exists but we are unable to reach it to scratch it away. Most times we spend so much time thinking it makes us a bad person for saying no.. Yes, we are all guilty of having this syndrome – it is called the need “to please” .. I had a tough time turning people down, rejecting projects and saying No to close friends/family. I literally had to bite my tongue and walk away, lest I caved in and said Yes, only to regret it later.

What happens is I would say Yes, and nod my head, but within seconds regret accepting it [whatever it was] and it would keep nagging me to no end. I would feel suffocated, sometimes would have to burn the midnight oil to complete the task or spend sleepless nights worrying about the task I was to do or the product/thing I had lent to someone.

And thus began the process of me being aware of what was expected of me by the other person, evaluating my options, and then taking a decision. The initial few times I had reasons and valid excuses for saying NO. But even then, I would feel guilty, feel like I was a bad person. And if the person was a friend, and if they did not message or sounded different, I would keep connecting invisible dots and wondering if it was because I had turned them down they were behaving differently. Sigh.. Traumatising moments I tell you.

Finally, one day I did not feel guilty anymore. I was free. I had said No and was at peace. I knew I had done the right, and the person had hopefully understood where I came from. It felt liberating.  I kinda understood the value of being true to myself and just accepting reality and not taking on more than I can chew.

This applied to all aspects of life- work, friends, favours, money loans, etc etc… If I wasn’t comfortable doing something or lending it out, I simply said No, not done and that was that. I did not mull over it in my head or lose sleep over it.  If the friend/family did not call/msg like they normally would, I was FINE with it [No, am not just saying it, I mean it]

You might have 10 mins free, you might be jobless, or you might just not be in the mood. It is perfectly fine, you can still go ahead say NO to whoever and whatever is being asked of you. You could be sitting at home watching Funny baby/dog videos, just chilling to music, reading that book that has been on the shelf forever, just go ahead enjoy it~ Remember, you are,

What are the situations/reasons for saying NO?

1. A friend wants you to help them out with a project they are struggling with – you have deadlines looming large and this would mean working extra 2hours, sleeping less and would be a stretch.. say no and offer alternatives to help them solve the puzzle.

2. A friend wants to borrow money from you – yes, you feel bad for them, and you do have money to spare, but it might ruin your friendship. They might not be able to return it on time, or it would just become awkward between the two of you. You would constantly second guess giving them the money…

3. You have invited a bunch of people home for dinner and have a theme in mind. One friend offers to bring a dish that doesnt fit the theme – Tell them a polite thank you and give suggestion on something else they can bring or just tell them to come and enjoy!

4. You have had a long day at work and are looking forward to going home chilling with a glass of wine and some movie, when a colleague asks if you can pull in overtime as they need to go to a dinner/movie/party – Duh, no way, just tell them you have had a long day and cannot spend another minute in the office. wish them luck and walk away..

5. You are asked to volunteer at an event, or rather the person organising it assumes you are gonna be free and informs you last minute.– Tell them you were unaware of the event and have gone ahead made other plans, so will not be able to make it. It doesn’t matter if you are free the whole day, if you do not like their approach or taking you for granted, it is fine to decline.

6. You have made travel plans, and a friend/family member asks if you can carry some extra stuff for someone who is at the destination you are headed to. You have spent hours carefully planning your bags and know it would add to extra baggage. – Tell them not possible and that they should have informed you much ahead of time as they knew of your travel plans. Doesn’t make sense to carry extra stuff and shell out money for it.

7. Other situations where you can say No are
– Borrow clothes/ jewellery/vehicle
– Borrow books – yes some of us are particular about our books and don’t like to lend them out.
– Make project submissions on behalf of others [even if there is money involved]
-Attending events you are not interested in [even if you have been attending it in the past]

So, go on give it a shot… say NO next time someone asks you for something/help/favor/blah blah blah… Do you have any personal stories to share on this? Do send them across by email or leave a comment.. Happy to hear 😀