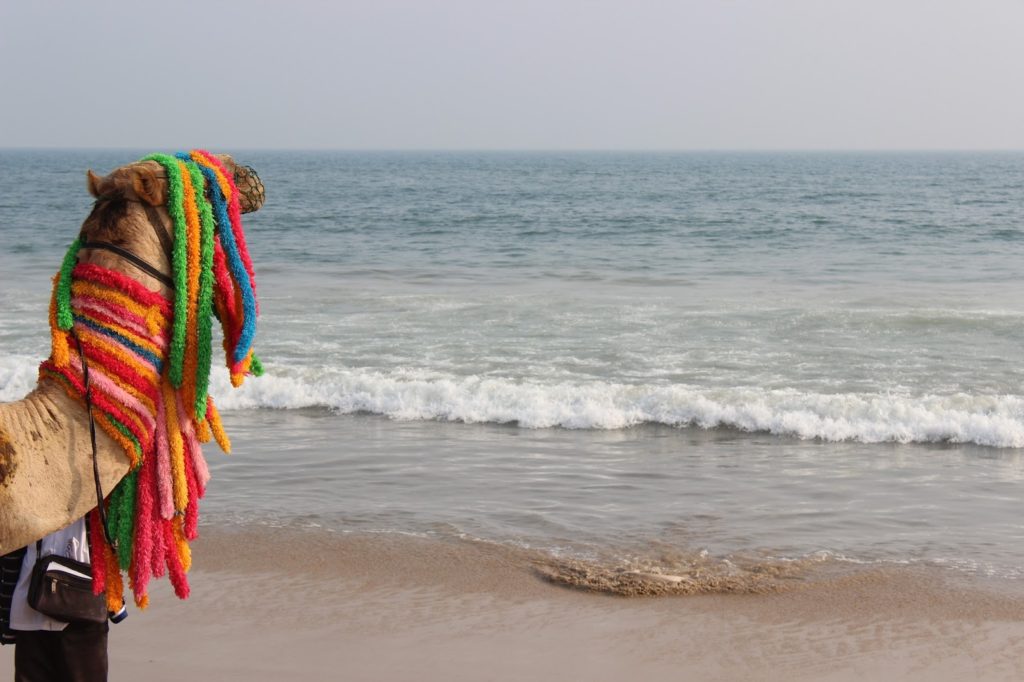 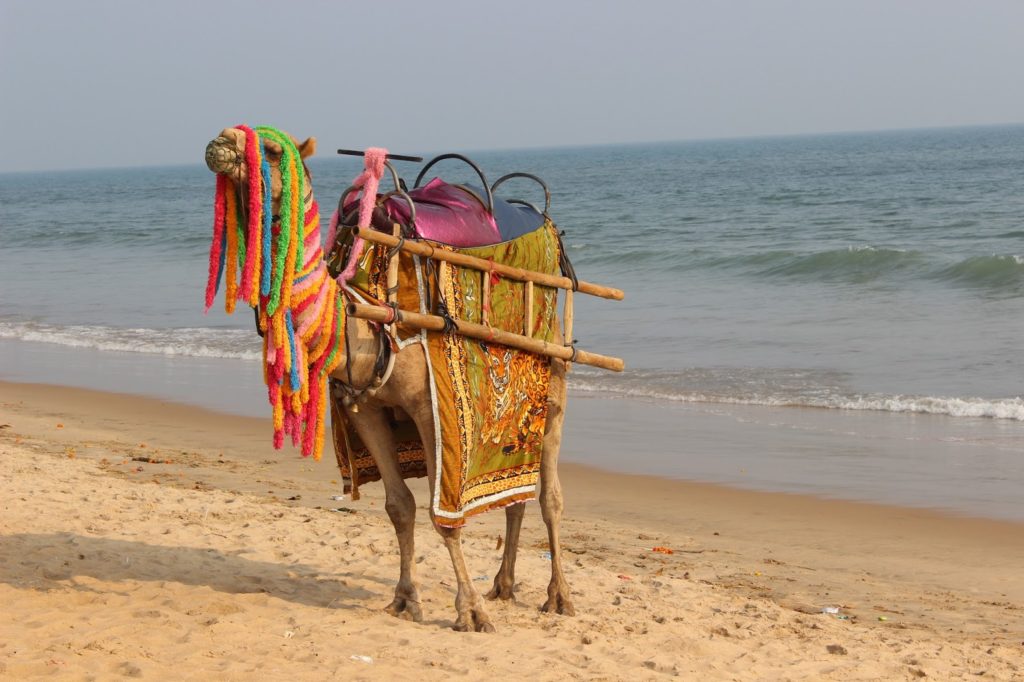 Decided to weave a story of a place/meet/incident from each of my journeys…. These two photographs were clicked at Puri Beach during my visit to Bhubaneswar in Jan.
This stretch of the beach was quite empty.. A man standing nearby told me this was almost like a private beach, used by only those who stayed at one of the properties around here. The beach seemed like an endless one, and was quite clean. There were a few visitors, some sitting in circles under a canopy. Near one such was where this camel was parked, yes I say parked cos there was an attendant standing nearby ready to pull down the ladder strapped to the camel and take whoever was interested on a stroll along the ocean.
Within minutes a newly married couple from a group came forward, got on the camel and began clicking selfies before being whisked away for a short walk… And upon their return, the ladder was pulled out to the sand and they got down from the camel.
They couldn’t stop gushing about the ride, the fun and la la la… All the time I kept wondering about the poor camel.. What it was going through and how it probably yearned for nothing but freedom to run and frolic about, instead of having to listen to orders and be a circus monkey….