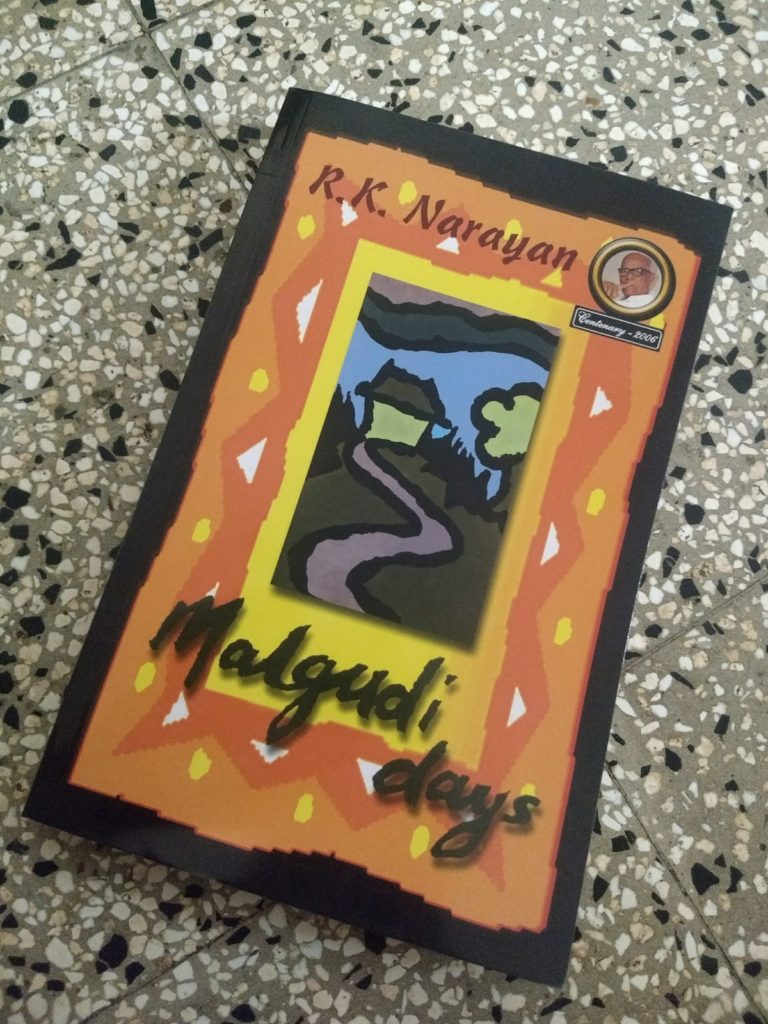 I remember getting back home from school, washing up, changing out of the school uniform, gulping down the glass of milk before heading out the door to my great aunt’s house down the road. I wouldn’t even ring the bell, just take off my chappals, and enter their living room, and make a beeline for that sofa [almost as if it had been reserved for me]. Hearing me enter, uncle would come into the room from wherever he was and head straight for the TV.
Back then, we got only one channel- Doordarshan. He would sit with me, just to keep me company till the show began. And like clockwork, it would start, and for half an hour I was lost to the world. I don’t really remember what day of the week it was aired, or the time but do remember distinctly the colours and music.
I am talking about Malgudi days, the show based on the works of author R K Narayan, a collection of short stories. The show’s basic plot revolved around Swami [the protagonist] and his endless adventures.Set in the imaginary town of Malgudi, each episode was a short story.
It featured government workers/middle class people, businessmen ,street vendors and school children (including Swamy and his friends) not to forget their life, mindset back in the day (especially towards British).  Though the town of Malgudi was small, it had a Government factory, 2 schools, a local market, a Post office, two cinema halls, a bus stand,  and few other buildings as well. Oh and there was a paper called the ‘Malgudi Times’ as well, all of which had me believing there really was a town called Malgudi back then. It was directed by Kannada actor and director Shankar Nag.
Infact, the show used to be telecast in Hindi [it was almost like the makers of the show had the country and the world convinced that South Indians were fluent in Hindi].. Must say, this show is one of the things I used to watch that helped me learn the language as well.  A couple of years later, I was gifted the book by one of my uncles…
The stories were all fairly simple. They were about Swami and his friends, their adventures and was set in the pre-Independence era. I remember watching the boys run around in dhotis, caps and crisp jackets on streets around the now vintage Austin and Hindustan cars. Infact the the donkeys and elephants in some of the scenes made the town come alive. It was magical and I was hooked.  The plot of each episode usually involved the little problems that cropped up in the town of Malgudi or  between the boys themselves – it could be small fights, jealousy or misunderstandings. From something as simple as a rough day at school to a stolen necklace, you had it all. But the beauty of it was that all the episodes/stories had a happy ending…
Over the years, this is a series/book that I have made references to whenever we spoke of our childhood. I remember, once a friend mentioned there was a pure veg hotel called Malgudi Station in Baner, Pune.. Talk about the name going beyond just the book.  Another piece of interesting news is that Malgudi is a real station today- Indian Railways has renamed Arasalu railway station in Shivamoga district as “Malgudi” station. How cool is that?!
Today, when I look back in time, nostalgia hits me hard. There are some things that are precious, and for me it was all these moments from my childhood. We did not have a TV at home and so this aunt’s house was where we would head to watch these shows and movies as well… I have now picked up the book to re-read and also saw that the show was available on Amazon Prime.. Good chance for those who want to watch Malgudi Days all over again.

If like me you would love to own one of these beauties, then grab the hardbound copy of the book here…