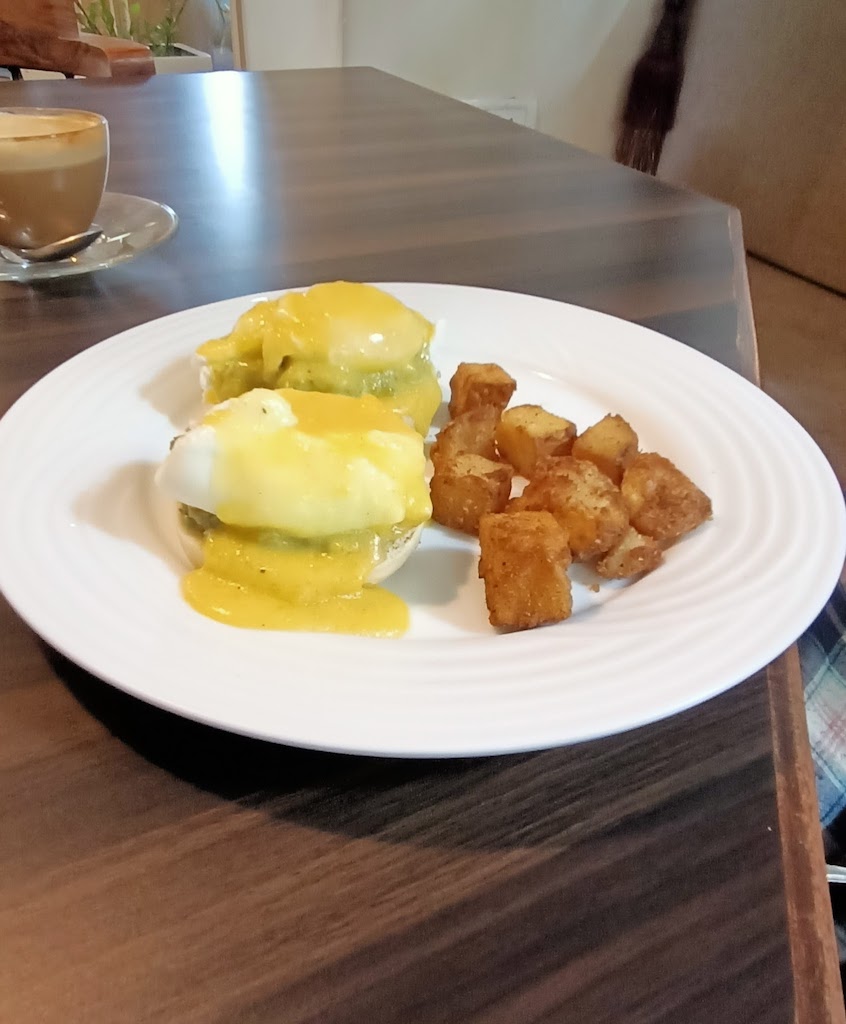 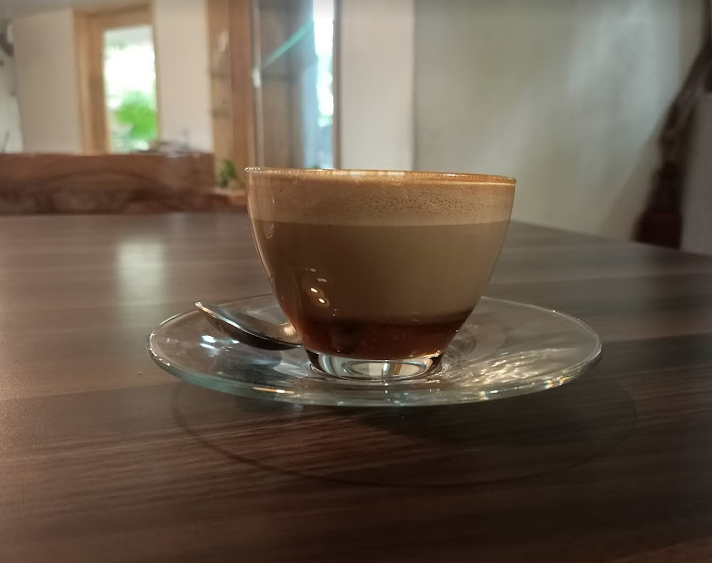 It was Saturday, we woke up relaxed and were in the mood for a lazy long breakfast. The only criteria was “we wanted Eggs Benedict”. After some digging around, my partner found a buffet at Courtyard Marriott and said let’s go. We got there, parking was an issue – we have to figure out where the parking area was and when we got to the coffee shop, it was packed and they told us the minimum half an hour wait.  We were hungry and not too happy about the way they treated at Mariott.

Decided to head out & find an alternative. After spending some time on Google, I found a restaurant that served eggs benedict, called & confirmed the same. But then, when I looked for the place to put on the maps, discovered it was shut. Called again only to be told the restaurant had changed names & management, but they did serve Eggs Benedict. Discovered they had different variations of eggs Benedict – I picked avocado Eggs Benedict with a side of fries, while my partner chose eggs benedict with Ham and bacon with salad on the side. We also ordered drinks, I chose caramel latte while he chose a chocolate cake shake [yes you read it right, it was a tall glass of thick shake with cake pieces and chocolate sauce that had been poured onto the side with some sprinkles]

The place is called The Rustle Nest [Bakery and Bistro], their menu was extensive [Mediterranean, European, and beyond]. The food and drinks were yummilicous, finger-licking good. I could have happily dug into few more slices of avocado. It is one of those places where you can spend hours without feeling suffocated. They have a huge outdoor seating area, which is beautiful provided you are ok with all the smokers around. It is a good place to catch up for a meal or even a meeting.