The very 1st dog who came into buy life was Sheeba, a pup we had adopted from our neighbour [their dog had a big litter], but unfortunately she didn’t live beyond 32days.. One morning I woke up to find Mom & aunt super upset, and few minutes later they called me aside to tell me Sheeba had passed.

But then, I got over her with time [ I was also very young, probably 6/7]. Though I did interact with plenty of strays in the town we lived, did not come across anyone who had a dog at home. Fast forward to 1999, it had been a few years since we moved to Chennai and lived 2-3kms from my grandparents.

My uncle & aunt brought home a Boxer pup [they had bought her from a breeder], and within months they moved out to 20kms away, a place of their own. At grandparents house, while they like dogs, there were maids/servants who cared for them primarily. The dogs were kept outside the house, in the car shed in the back, fed by the servants, etc.. Don’t think anyone in the house played with them, took em for walks. They were free to roam, run around the grounds as they wished, but did not enter the house. Boss [the Boxer] loved simple food – she ate rice with boiled veggies, loved dosai. At night, when gramma sat to make dosais, she would come sit near the back door and whine. Gramma would give her a few but she kept asking for more. She did have a tough time with her health once she reached the age of 5.. Period trouble, uterus issues, and then around her 8th or 9th year, started seeing maggots on her body. We found a vet who came home to treat her. Poor thing, would lie down while he cleaned the wound. But well, she had had enough and on Dec 31st 2005 she passed. In fact, she was struggling to stand & breath, the vet came over to check on and that is when she breathed her last. Sigh~~

Took me nearly a year to get over her loss… Couldn’t think of bringing home another dog. But as fate would have it, Jan 2007 Floppy came into our lives. We found him standing under a water lorry alone, and tiny. He brought so much joy, not just to me but the entire family. It was probably the 1st time I saw a change in how the others reacted to a dog at home. Even though initially they did not know why I brought home a stray, they grew to love him and he had them all dancing to his tunes in no time.. Even grandpa, who’d occasionally comment about how we had a Boxer who ate rice and dosai, and then there was Floppy who enjoyed his Pedigree dog food, pasta, and the likes, refused to eat rice or dosai. lol.. 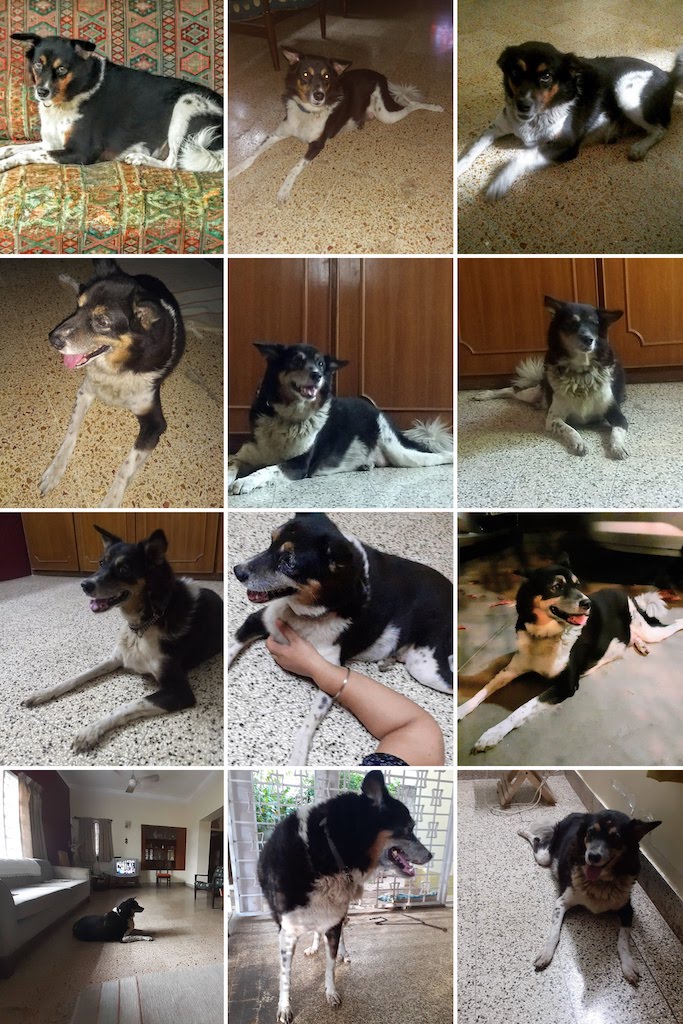 I truly believe dogs come into our life for a reason. They teach us how to love unconditionally, how to not have any expectations and be happy being around each other. They also teach us life is precious and to enjoy each Moment to the full. With Floppy, esp the last 7-8 yrs, I spent a lot of time talking to him, going out running around the house, and slowly letting him wander inside the house. In fact, think he started doing that after grandpa passed [in 2015]. It was almost like he had taken over grandpa’s role in the house..  I kid you not! He would wander to the front and then the back and sides, he started enjoying south India n snacks – Thattai, murukku, cheedai etc.. Would sleep in the front room, with his butt squished against grandpa’s cupboard. No amount of begging or pleading could get him to budge from there. Above all, he was the man in charge of the house, any dog or human that walked past our gate got a good earful~~ 🙂

But age caught on, he had arthritis, a few issues with the dewclaw , an infection that finally done him in and I took the difficult call of putting him down in May 2022. I hated the fact that I was away from hime [ had moved to Pune in Aug2021], knew that there was only so much dad could do [he & mom were living with gramma in that house and dad was taking care of floppy full time] , but above all, I did not want Floppy to suffer any more… It broke my heart to see him lying on the floor, unable to get up and be himself.. I got him ice cream the night before, sat & chatted with him for a good hour- basically telling him we were ok and he was free to sleep/move on and we love him to bits…. Sigh~ A dog that had been howling in pain & agony for 4days, was completely silent that night.. I stayed downstairs, keeping vigil for any sound or alarm he raised, but he was silent… Dunno if he got some sleep or was at peace now that I was there and he knew he was free… So, on May 2nd 2022, with the heaviest heart I bid him adieu and told him to go have fun with Sheeba, Boss, Thatha and everyone else up there~~~

Chewy came into our life a month ahead of this incident, and has been such a darling.. Am doing so many things for the 1st time, and loving every minute of it. My Partner & I are at logger heads about some of the things Chewy does, but well, I am ok with a slightly spoilt doggy… He is crazy, he is adorable and he is wacko.. He also has a distinct personality & clear demands and needs. Love this fur ball to bits we do~~ Here’s to more adventures ahead… 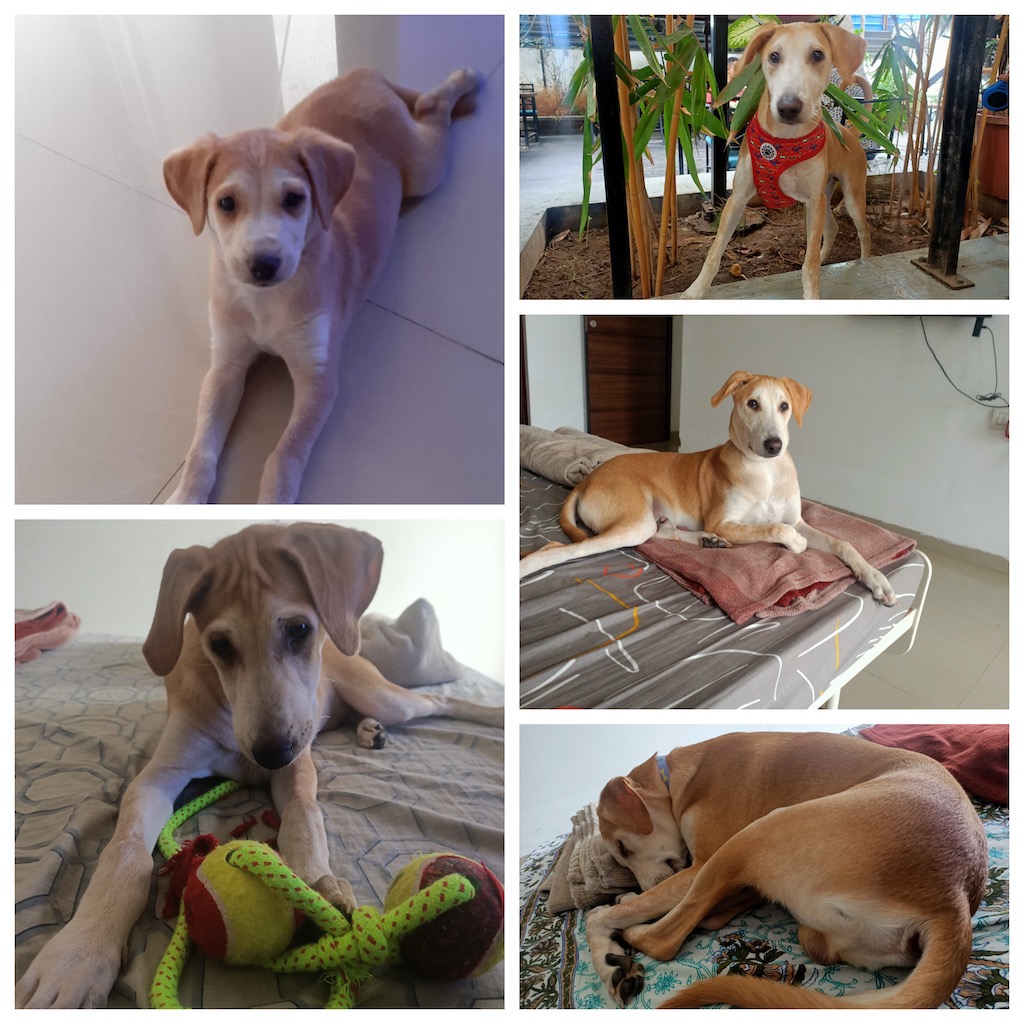