The last time I was at  Barbeque nation was back in Chennai [mid 2000s] for my birthday lunch with friends and my sister… I think the rates where something like Rs600 /700 for vegetarian & for non veg…Even back then we would enjoy few rounds of the grilled vegetables, make a beeline for the dessert section – have a few desserts and be done with the meal..BBQ nation is 50% the experience, 50% the food~

Over the years I have understood that my appetite/ palette has evolved and I don’t enjoy this kind of food as much.

Fast forward to October 2022. My partner and I headed to a new mall near our home to check out some stores. Hunger happened, and we decided to check out the newly opened Barbeque Nation.. We were quite excited to try the food again..P said he used to love the food and devour quite a bit of the non-veg grill options!!

We walked in, found a table and just as we got comfortable a staff member came over, told us the rates were Rs1100/1200 for veg/non-veg respectively.. Placed our order and waited for the grilled items to be brought to the table.. We had just begun eating when another staff member come over to the table enquiring about the food and the spice factor.. we answer politely and continued chatting & eating.. Few minutes later, another person’s [slightly senior up the ladder] came over asking the same questions..

Once again, we indulged him and answered.. I was getting tired and annoyed. I had picked 2 drinks from the menu, but the staff member told us our meals came with a drink and we could choose from that list [a different limited list]. I chose 2 and thought they would bring the other ones we had ordered, but no, not to be seen. The 2 drinks that came were fairly blah and too sweet.. I asked them to add soda to one which made it slightly better.. Now, this had 2 more people coming to enquire and offer suggestions.. uff..

That was not the end of it.. We had people constantly coming over to the table enquiring if we wanted anything more, how the food was, if we wanted something different and if there was any special occasion we were celebrating cause they wanted to bring us a cake.. They are obsessed with bringing us a cake~ [note the point]. We kinda firmly told them there was no special occasion, it was just a lunch outing on a Saturday!

You’d think they leave it at its but they were persistent.. After the grilled section, we moved on to the dessert area and brought back a few items. One staff member came over, and semi-forcefully  asking why we weren’t trying the mains, we should try the biriyani. Get the hint dude..  Few minutes later, we asked for the cheque. They gave a feedback form in which P wrote that the Mocktail was too sweet.. The guy behind the bar read that and got offended.. thus began a heated discussion about why what how etc… Amidst all this, out of the corner of my eye I saw a staff member walk over with a cake.. That was it, I lost it~~ Told them we didn’t want the cake and then they ask “shall we pack it”… aiiyyyoo.. I told them to give it to someone else or feed a hungry soul..  Paid the bill & left knowing we were never going back there again… 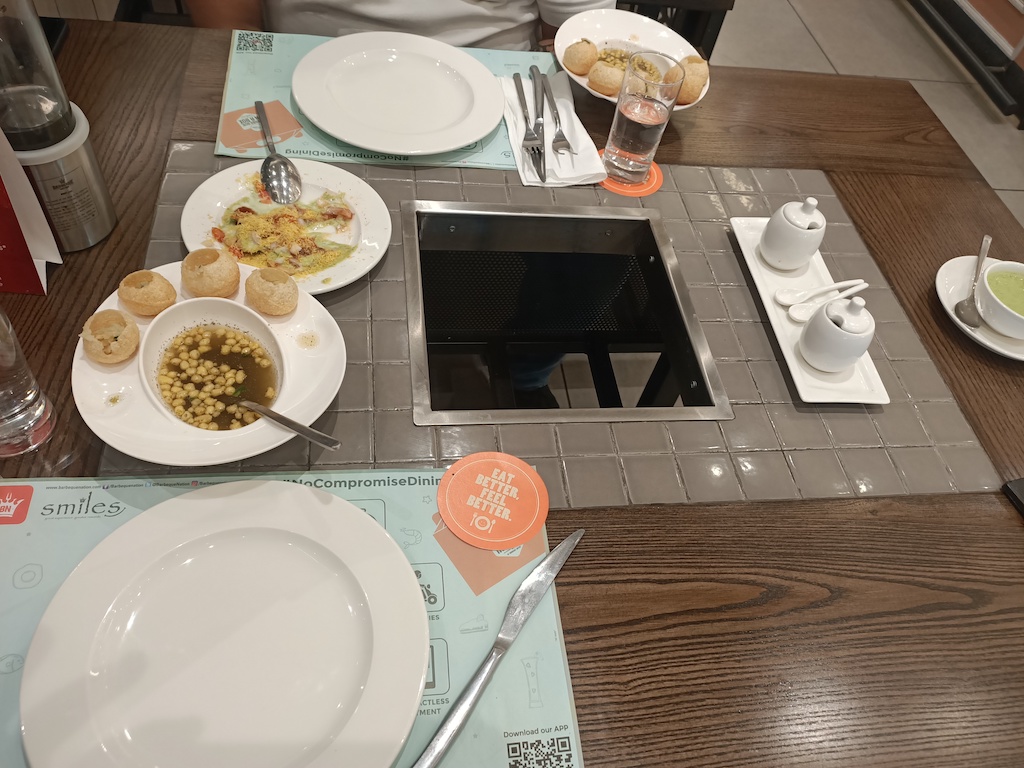 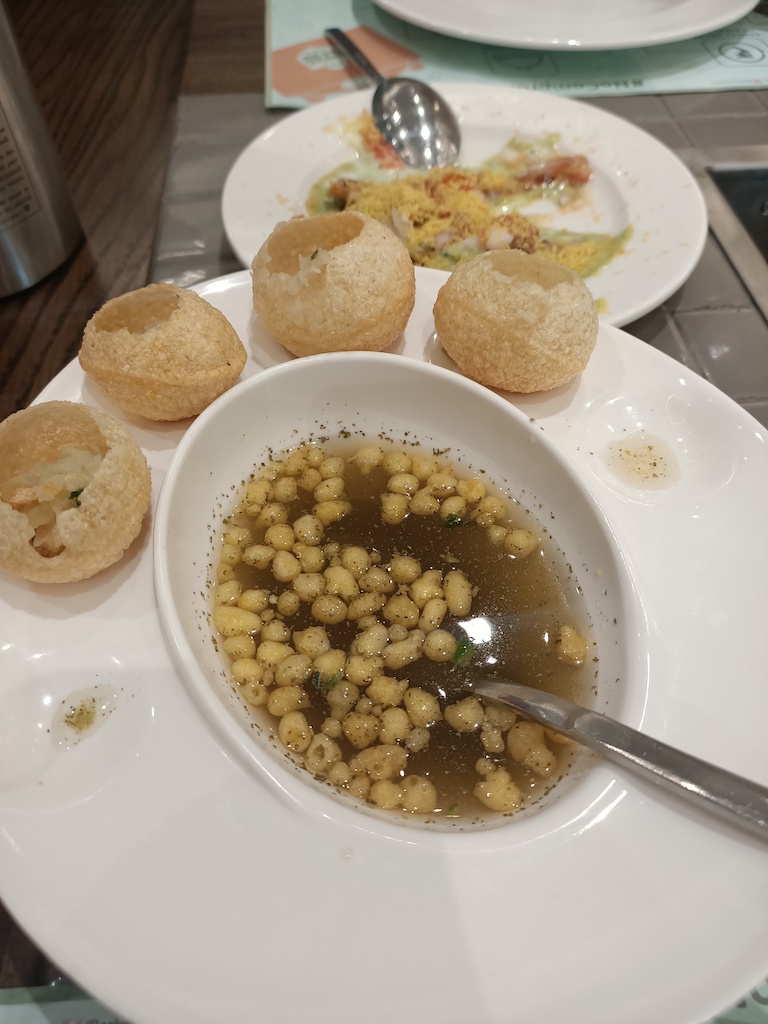 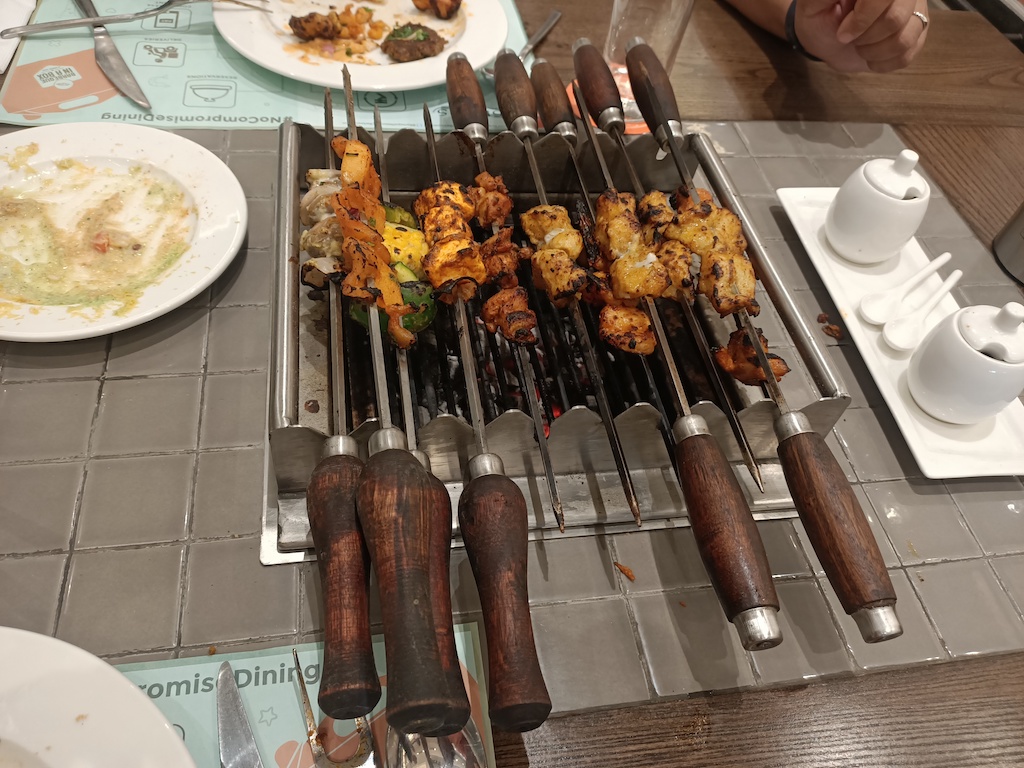 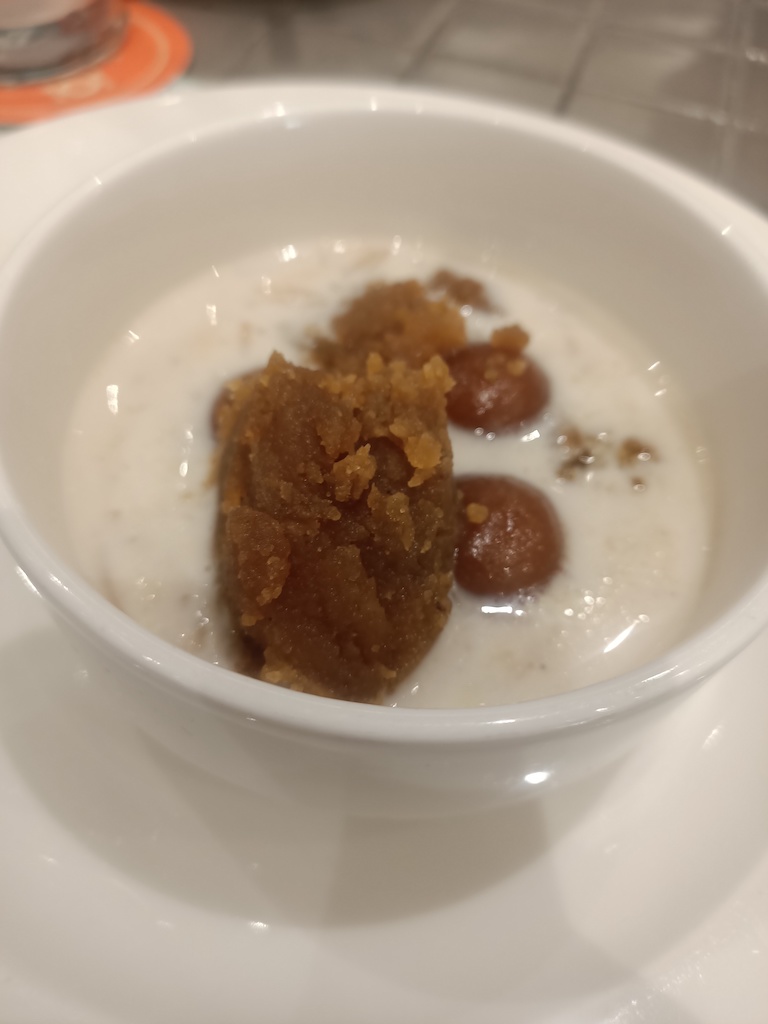 Oh and guess what, P got a call from them few days later asking about his experience… I understand its a new outlet etc, but jeez give people some space and don’t be so insecure~~