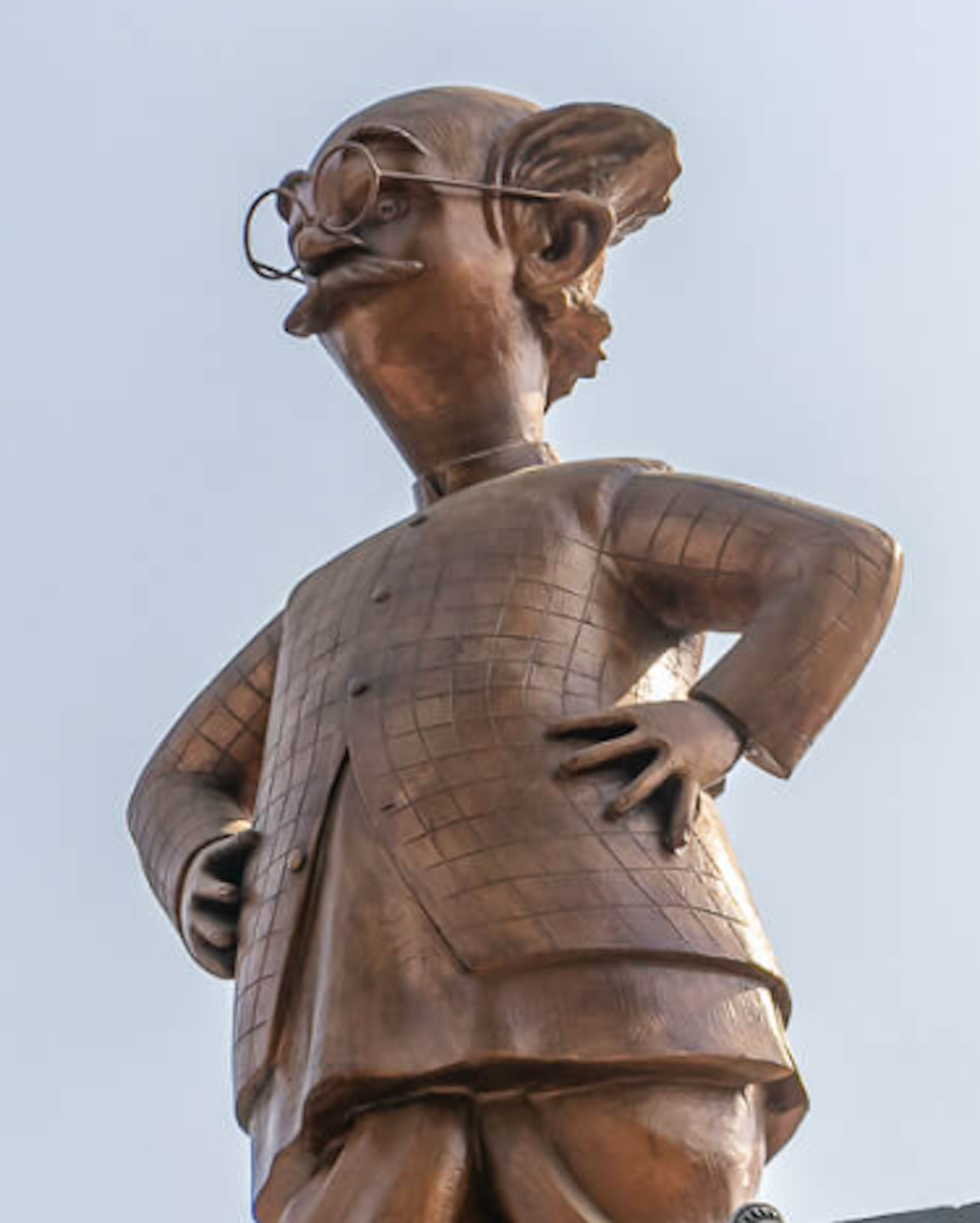 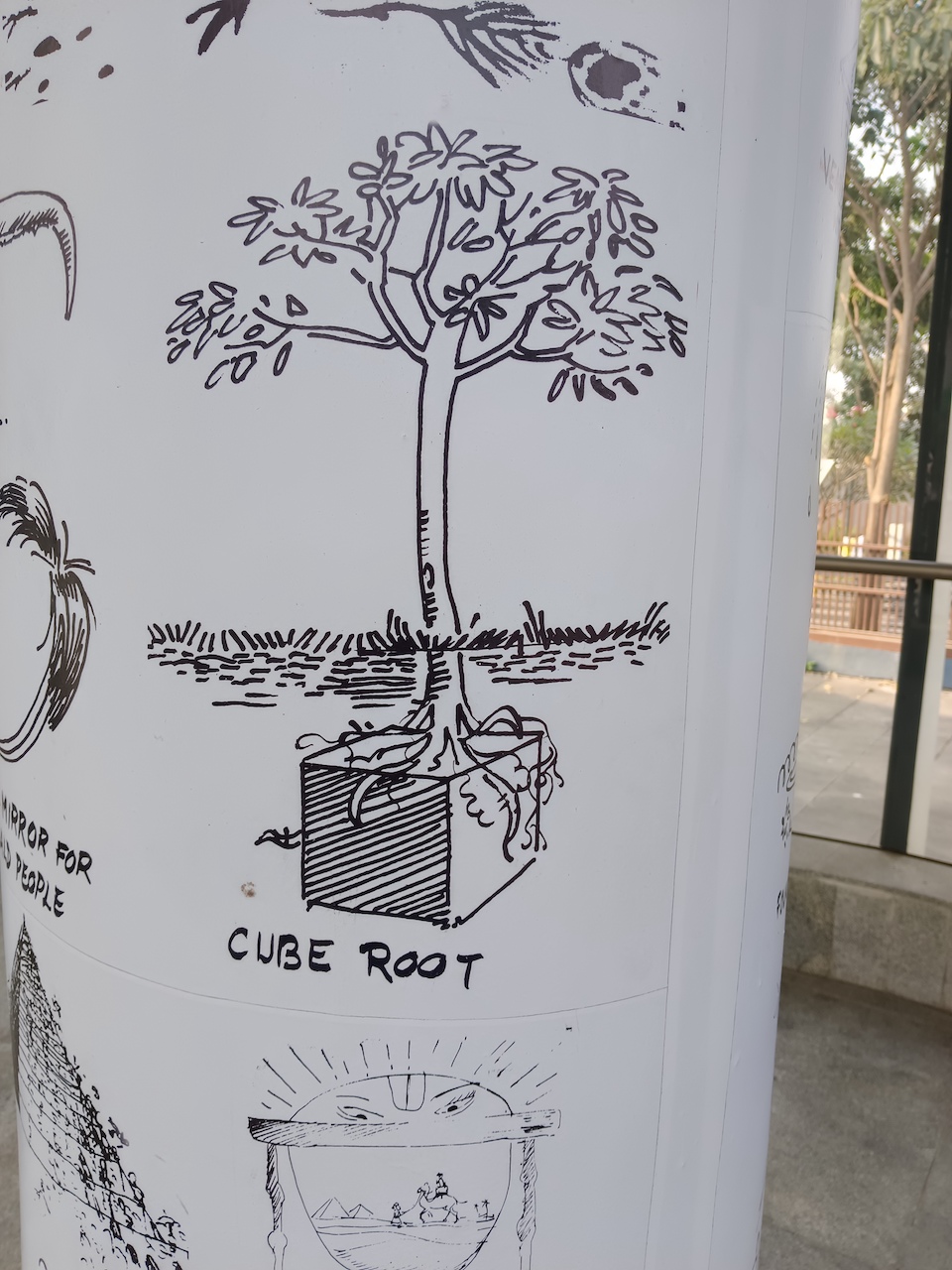 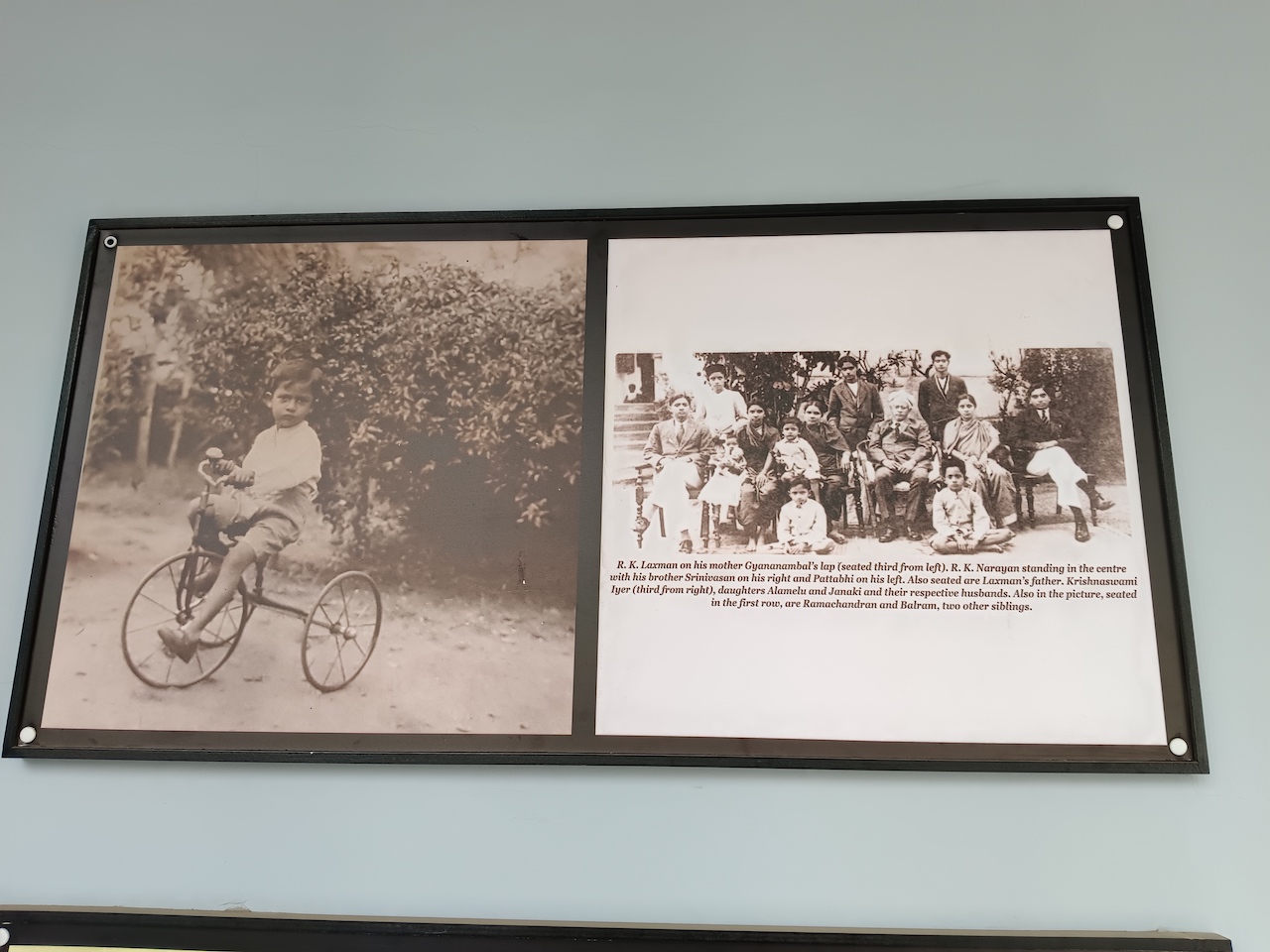 Ever since I  moved to Pune, I’ve been looking for interesting places to visit and explore – Heritage History & landmark-based to explore. Over the last year, I visited quite a few – some on my own and some with guided walk groups. As with every city, I believe Pune too is rich in history, heritage and culture and so there are bound to be treasures and stories tucked away within the narrow lanes & the giant forts.

Sometime in June or July, I read an article on RK Laxman Museum and since then have been waiting for it to open to the public. I did read across several blogs that it was not yet open to the public and most of these bloggers got a preview or a sneak peek into the space. Having grown up reading his comics and cartoons, I was a big fan of his work. And so, last week one day I finally decided it was time to explore the place.

It’s located in Balewadi, which is not too far from home. Took me about 20 minutes. The entire building has been created to pay homage to the genius that RK Laxman.  The building is white in colour and the walls all look like blinds with caricatures across them. Entry fee is ₹50 [If you’re keen on attending the sound and light show, it’s an additional ₹50, but for the show to happen, they need at least five people]

It was a Friday when I visited, there was not a single soul in sight. Walked in, picked up a ticket, and met Roman [hope I got his name right], a Film Institute student who said this entire thing was his Idea. He gave me a sneak peek into what to expect and let me wander the space on my own.

It is a small museum, but one that has been very tastefully done [features nearly 35,000 of his sketches]. The most popular of his work was the Common Man, talking about the everyday lives, hope, and dreams of the common man! This appeared as a daily comic strip titled  “You said it” in The Times of India.

Rasipuram Krishnaswami Laxman (1921 – 2015), or RK Laxman, was the youngest of eight siblings— 6 brothers and 2 sisters—and was born in Mysore in 1921. The well-known novelist RK Narayan, who is well known for the epic work Malgudi Days, is one of his brothers. RK Laxman had a love of drawing at a young age. He is reported to have drawn inspiration from the diverse pictures that featured in vintage British publications like The Strand and Tidbits during that time. They claim that Sir David Low, whom he mistakenly identified as Sir David Cow for a considerable period of time, served as his first source of inspiration.

He started his 50-year run with The Times of India in 1951, during which time he produced works of art that are still appreciated and cited today. Several important awards, including the Padma Bhushan and the Padma Vibhushan, were given to him in recognition of his efforts. Long after he retired, RK Laxman continued to produce pieces, the most recent of which was a 2014 commemoration of Mangalyaan’s successful landing on Mars. A day after his passing on January 26, 2015, it was made public by ISRO as a memorial to his brilliant work, all of which is currently on exhibit in the new RK Laxman museum. A renowned cartoonist and illustrator, best known for his famous creation “The Common Man”. It is quite apt that a statue of the Common Man is what you see 1st as you enter the premises.

Personal Life:  Dedicated to his life, from childhood to later stages, including a few illustrations Laxman did for his elder brother RK Narayan’s books.

Caricatures: Sketches of celebrities, politicians and others he had met & admired.

Ganesha: A wall dedicated to the God of prosperity who was a favourite. He has sketched Ganesh in innumerable forms.

For Children: Here we find cartoons meant for children. It was amazing how he was able to create simple toons to attract children.

Crows: Laxman is said to have found these birds very intelligent and quirky. It is no wonder there is a wall and an art installation dedicated to crows.

As you exit the main display area, you notice a beautiful installation of the Common Man that looks very technical, almost like it’s been put together with lego pieces. And then you see the entire outer wall of the museum covered with more of his work from papers, magazines and more~

The museum is such a treat for those who enjoy Laxman’s work and have grown up reading them in the papers. In the basement, there is a small seating area with the Malgudi Days set displayed in miniature. Was told this is where the sound & light show happens, and it is quite magical. Time to round up a few souls and go for a show.

Museum Timings:
Tuesday to Sunday – 10 am to 5 pm
Monday – Closed